SEJONG, Dec. 10 (Yonhap) -- South Korea's finance ministry said Tuesday it will frontload the 2020 budget spending earlier next year in order to pump-prime the economy as it struggles with faltering exports and sluggish consumption.

The Ministry of Economy and Finance made the remarks shortly after the National Assembly passed next year's state budget of 512.3 trillion won (US$429.7 billion), slightly down from the government's proposal of 513.5 trillion won.

"The government will make preparations to execute the budget from the start of next year to swiftly reinvigorate the economy," the ministry said in a statement.

Next year's budget represents a 9.1 percent hike from this year's, as the government has vowed to boost a slowing economy beset by a deepening U.S.-China trade row and more recently by its own with Japan. 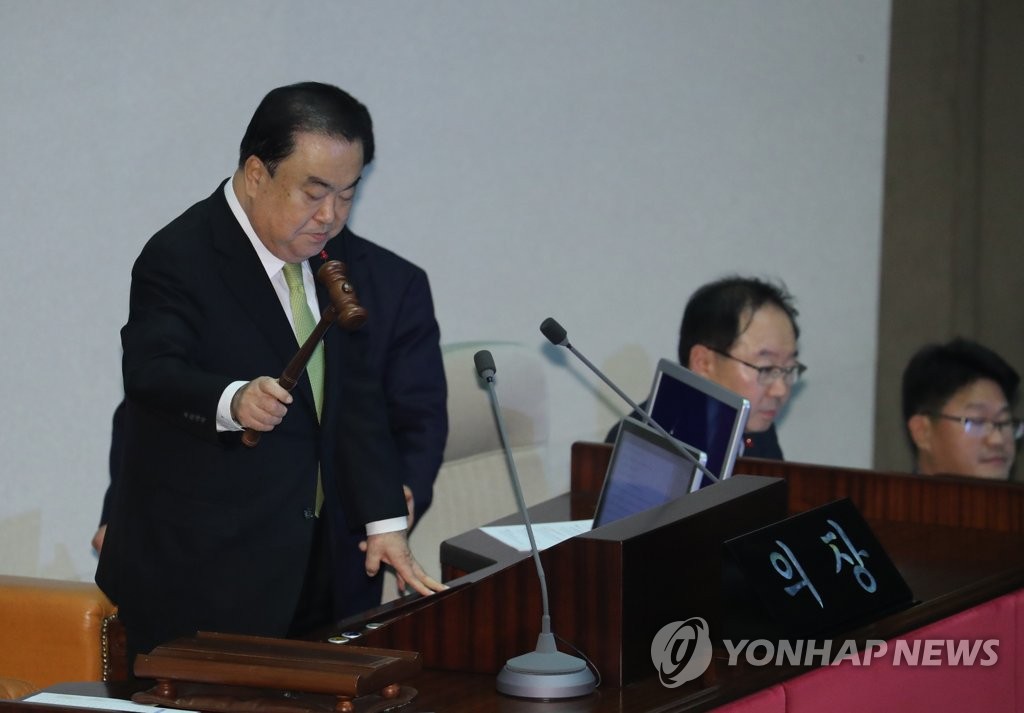 South Korea's export-reliant economy is grappling with the lengthy trade war between the U.S. and China and a cyclical downturn in the global chip industry.

The nation's economy grew a less-than-expected 0.4 percent in the third quarter of this year.

The third-quarter estimate marked a slowdown from a revised 1 percent on-quarter expansion in the April-June period.

South Korea's exports sank 14.3 percent in November from a year earlier, extending their slump to a 12th consecutive month.

Next year will be the second straight year that the budget has risen by more than 9 percent.

A key centerpiece of the spending proposals is 24.1 trillion won set aside for research and development in 2020, up 17.3 percent from 2019, the biggest increase in a decade.

The ministry said it will allocate about 70 percent of the 2020 budget in the first half of next year to prop up the slowing economy.

Under the revised budget, the ministry said total revenue will fall by 200 billion won on-year to 481.8 trillion won in 2020.

The fiscal deficit is estimated at 3.5 percent of the country's gross domestic product (GDP) next year, compared with 1.9 percent for 2019, while the national debt-GDP ratio will rise to 39.8 percent from 37.1 percent over the cited period.

The government earmarked 25.8 trillion won for job creation, sharply up 21.3 percent from 2019, underscoring its efforts to create more jobs amid disappointing employment data in recent months and worsening economic conditions.