According to the budget plan approved by the National Assembly the previous day, military spending for 2020 was set at 50.15 trillion won (US$41.29 billion), up from this year's 46.7 trillion won.

It is the first time the country's defense budget has surpassed the 50 trillion-won mark.

The approved amount is the same as what the government earlier proposed, though some details were modified over the course of the parliamentary review.

Of the total, the government will spend 16.68 trillion won on arms purchases and other projects next year to boost defense capabilities, up 8.5 percent from 2019.

Around 33.47 trillion won was set aside for managing military assets and forces, marking an on-year growth of 6.9 percent, according to the officials.

"By setting up elaborate plans, we will administer the budget effectively so as to ensure a robust defense posture and to push for defense reform," the ministry said in a release.

Despite efforts to engage North Korea, the communist country has posed a constant threat to South Korea and the region particularly amid stalled nuclear negotiations between Washington and Pyongyang.

So far this year, it has conducted a total of 13 rounds of major weapons tests, such as new types of short-range ballistic missiles and a submarine-launched ballistic missile, and concerns have grown further over its more provocative moves amid dimmed prospects for the denuclearization diplomacy.

Looking into details, the defense ministry earmarked 6.22 trillion won for projects aimed at countering threats from nuclear and other weapons of mass destruction, up 22.6 percent from this year.

With a goal to build capabilities to retake wartime operational control from the United States, the ministry vowed to push for such projects as securing military communication and counter-artillery assets, which require 1.97 trillion won next year, according to the ministry.

In order to create a slimmer yet more powerful military, the ministry will spend 5.99 trillion won, putting a focus on maximizing the latest technologies for the defense industries and the restructuring of its organization. The government is pushing to slash the number of active-duty troops to 500,000 by 2022 from the current 610,000.

The government will also increase the budget to better manage troops and to boost the welfare of service persons by pouring the budget into raising their pay and building new facilities, among others.

According to the military expenditure report by the Stockholm International Peace Research Institute, South Korea ranked 10th with its 2018 defense spending of $43.1 billion. The U.S topped the list with $649 billion, followed by China with $250 billion, Saudi Arabia with $67.6 billion, India with $66.5 billion, France with $63.8 billion and Russia with $61.4 billion. 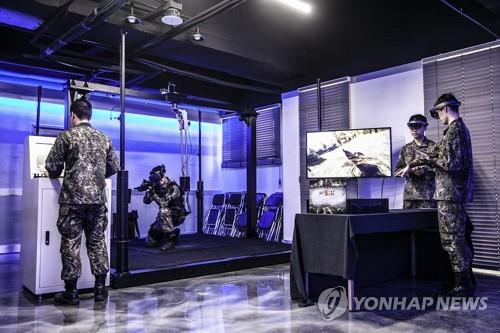