And the two, who have been made available by MLB for its 30 clubs through posting, are likely in for a long waiting game in the next three weeks or so, amid uncertainty surrounding the open market and mixed reviews of their performances. 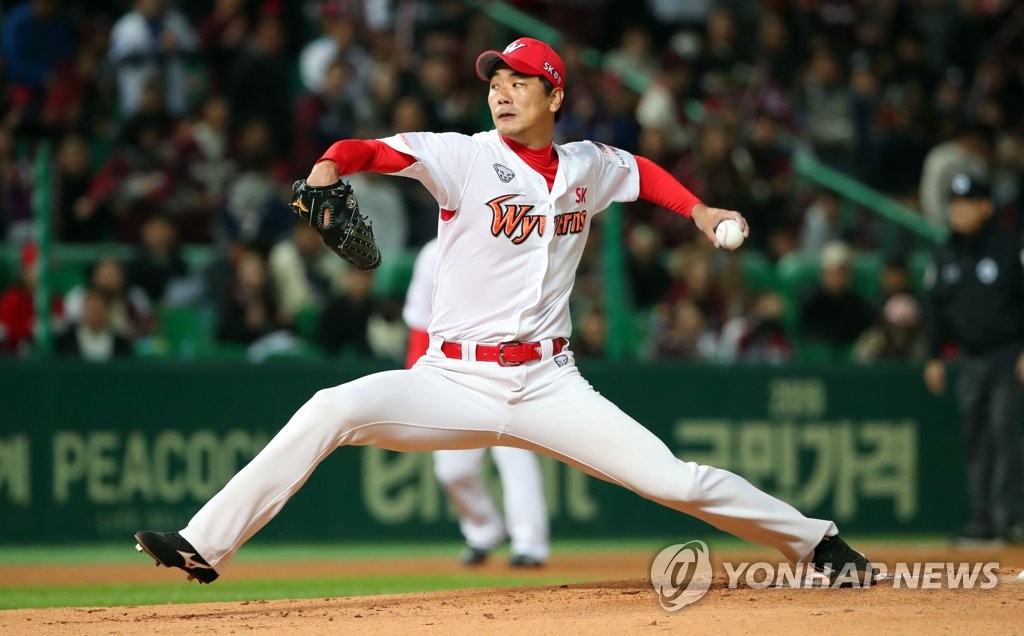 Kim Kwang-hyun was the Korea Baseball Organization (KBO) regular season MVP for the SK Wyverns in 2008, when he was 16-4 with a 2.39 ERA as a 20-year-old sensation. He finished first in wins and strikeouts, and second in ERA. This year, Kim went 17-6 with a 2.51 ERA, tying his career-high in wins and posting his lowest ERA since 2010.

The annual MLB Winter Meetings, a gathering of baseball executives, agents, media and job seekers, are under way in San Diego this week. Some huge free agent deals have been signed during Winter Meetings in the past. And this year's edition opened with a bang on Monday, as the Washington Nationals re-signed their 31-year-old free agent pitcher Stephen Strasburg to a seven-year deal worth US$245 million. The deal set the record for both total dollars and average annual value for a pitcher. 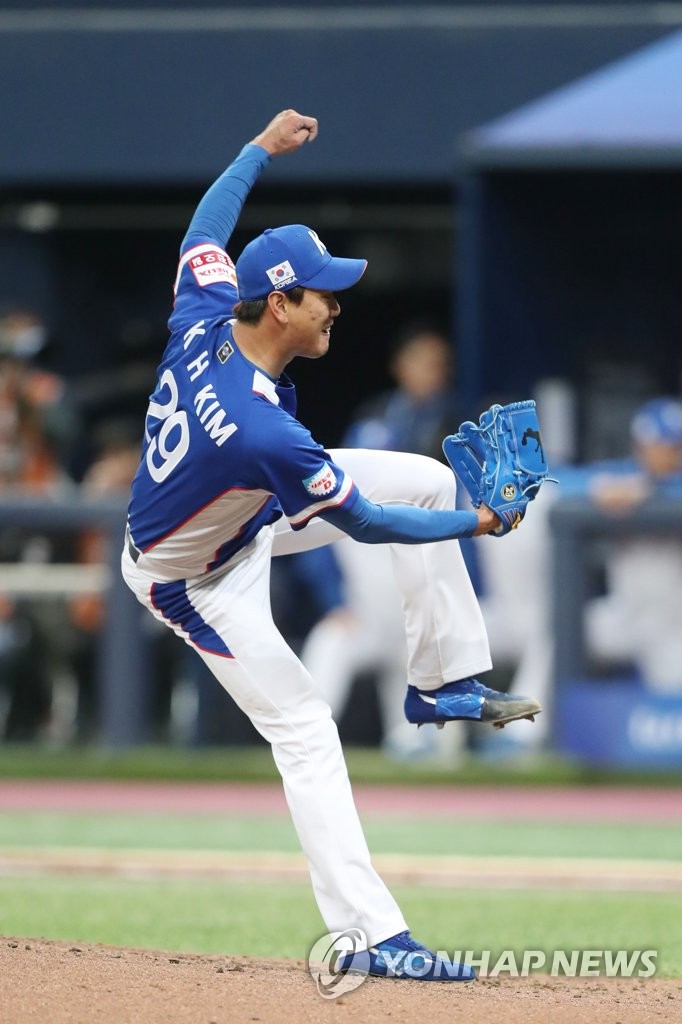 But that may turn out to be more of an anomaly than the norm. In recent years, major league clubs have become increasingly reluctant to shell out big bucks for 30-something free agents, most of whom have already peaked and are on the decline by the time they reach the open market. And teams have shifted their focus from trying to buy talent in free agency to in-house development of young, cost-controlled prospects.

Against this backdrop, international free agents such as the two Kims -- who are unrelated -- face even more of an uphill battle than their predecessors. That both are 31 years old won't help, either.

From teams' perspective, it's no small gamble to bet on unproven international talent whose stats in their original leagues may not translate to success in the majors.

One thing that works for Kim Kwang-hyun, at least, is familiarity.

This is Kim Kwang-hyun's second crack at posting. After the 2014 season, the left-hander was posted under a different system. The San Diego Padres won the silent auction with $2 million, earning the exclusive right to negotiate with the pitcher for 30 days. The two sides couldn't come to an agreement, but Kim at least made his presence known in the big leagues.

And his starts during the 2019 season often attracted a dozen or so MLB scouts, with Kim expected to once again test the open market via posting after the end of the season. In sum, MLB teams know what they're getting with Kim.

Kim Jae-hwan is a different story. He wasn't even in line to be eligible for posting this year. KBO players must complete seven full seasons or their equivalent -- one full season equates to 145 days spent on the active roster -- to be posted, and Kim, who made his debut in 2008 but only became a full-time player in 2016, had fallen 47 days shy of his seventh full season at the end of 2019. 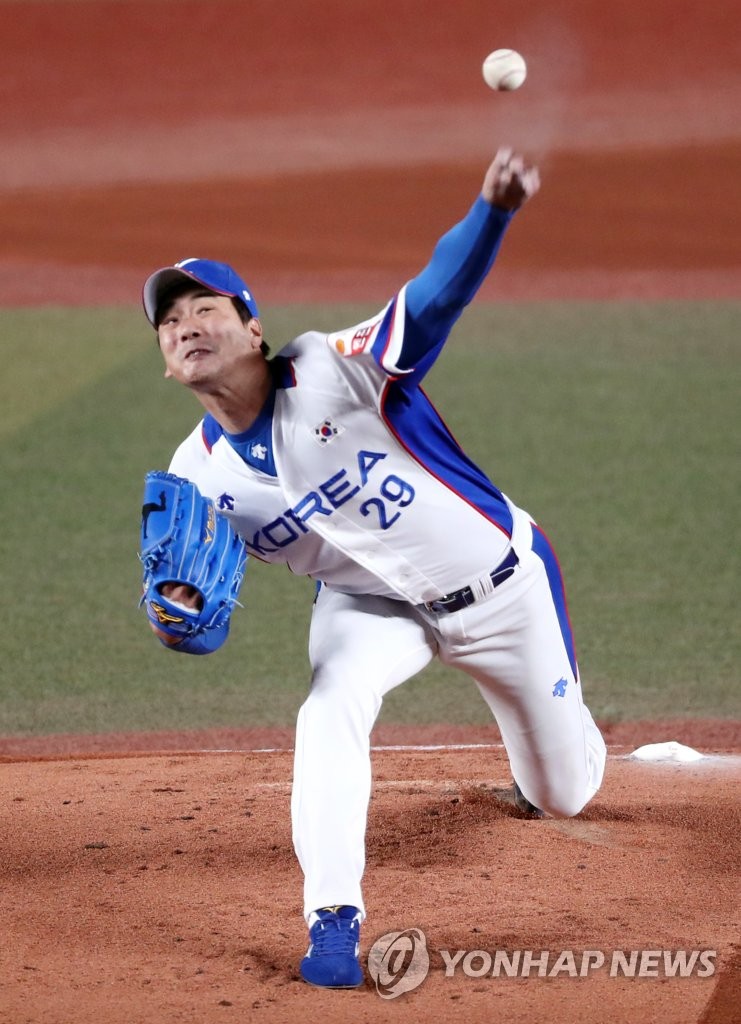 Kim received 60 bonus days of service time after helping South Korea finish runners-up and qualify for the 2020 Olympics at the World Baseball Softball Confederation (WBSC) Premier12 tournament last month. And as soon as he gained his posting eligibility, Kim sat down with the Bears to try to persuade the team to post him.

The Bears relented and agreed to post him with only about 24 hours to spare before the Dec. 5 (ET) deadline.

After the news broke, multiple MLB scouts told Yonhap News Agency that they had no idea Kim would have qualified for posting in the first place. Whether these scouts had been negligent in their work is debatable, because unlike Kim Kwang-hyun, there was never much buzz surrounding Kim Jae-hwan's desire or intention to play in the majors. Plus, KBO and individual clubs don't make announcements on players' service time, and MLB scouts wouldn't have known about Kim's availability unless they were so keen on the player that they were calculating his service time.

Some big league scouts said they were following Kim Jae-hwan during his MVP season in 2018. But this year, when Kim didn't even hit 20 home runs, those scouts gradually lost interest.

Kim's agency in Seoul, Sportizen, said it has been preparing for the player's posting for a couple of years and that the work picked up speed once Kim earned his eligibility at the end of the Premier12.

Los Angeles-based Creative Artists Agency (CAA) Sports has signed a deal with Sportizen to co-represent Kim, and the U.S. firm will handle negotiations with MLB teams.

While big league clubs may not have detailed scouting reports on Kim, Sportizen said CAA Sports has compiled enough data on the player to send to interested MLB clubs.

"We feel like we have a chance to get a deal done this year," said Sportizen's vice president, Kim Pyung-ki. "As important as scouting reports are, I think the key is to put the right people in place to negotiate." 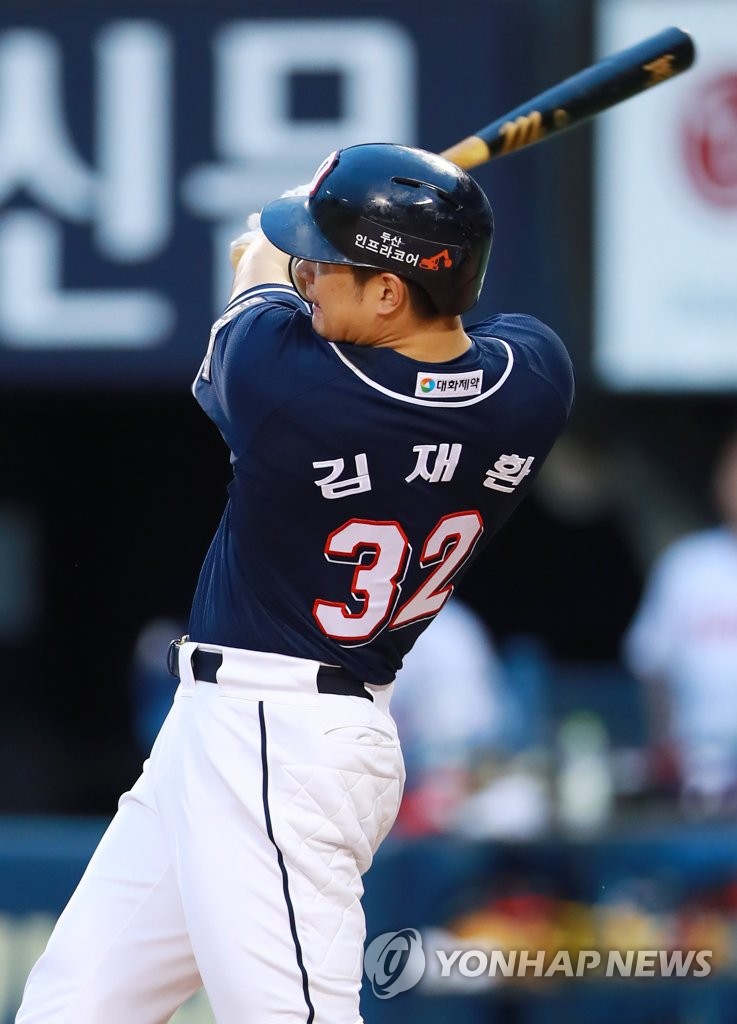 Both Kim and Tsutsugo have a 40-home run season to their credit, and both profile as power-hitting corner outfielders with on-base skills but limited defensive upside. Both have some experience playing first base, though Kim's last game there came in 2016 and Tsutsugo hasn't played there since 2014.

Tsutsugo is three years younger and has been facing better pitching in the Nippon Professional Baseball (NPB) during his 10-year career there. Kim is viewed in some quarters as the cheaper, older version of Tsutsugo.

One MLB scout based in South Korea went so far as calling Kim "a defensive liability." Another talent evaluator said Kim offers "plus power" but little else.

"He's a question mark in all other aspects," the scout said on the condition of anonymity. "He also has had trouble catching up to fastballs in the KBO."

That scout cited Kim's two strikeouts during the Korean Series in October against the Kiwoom Heroes.

In Game 1, Kim came up against right-handed reliever Cho Sang-woo, the hardest thrower in the KBO whose average fastball velocity checked in at 152 kilometers per hour, or 94.4 miles per hour.

On the very next day, Kim faced Cho again and struck out swinging on a 3-2 fastball at 152 kph. Cho was pitching on his second straight day after throwing 32 pitches. But he still offered six straight fastballs at Kim in the 152-155 kph range and got him to whiff on three of them.

That the Bears swept the Heroes to win the Korean Series conveniently masked Kim's struggles at the plate -- he went 4-for-16 with nine strikeouts and no extra-base hits.

The above scout said Kim's failure to make contact with Cho's fastballs is the lasting image he'll have of the slugger from the 2019 season.

As for the starting pitching market, the Strasburg contract may have set up another coveted free agent pitcher, Gerrit Cole, for a mega deal that could well set a new record. But Cole, coming off a dominant season in which he went 20-5 with an American League-best 2.50 ERA and an MLB-leading 326 strikeouts, is basically in a tier of his own among free agent hurlers. He may end up being the only one that benefits from the bar that Strasburg set.

Very few teams can afford, or are willing to pay for, the kind of deal that Cole will command. Others will be battling for pitchers in tiers below. And who wouldn't want pitching in that price range?

Among those sitting just below the Strasburg-Cole stratosphere is another Korean left-hander, Ryu Hyun-jin, the 2019 major league ERA leader and the National League (NL) Cy Young Award runner-up. And Kim Kwang-hyun is at least another notch below that level, where he is joined by the 2019 KBO MVP Josh Lindblom and a few other major league veterans like Tanner Roark and Wade Miley.

Kim Jae-hwan hasn't exactly set MLB Twitter on fire: other than the news of his posting, there hasn't been much speculation about his potential landing spots.

But even before Kim Kwang-hyun was officially posted, a handful of teams emerged as interested clubs: the Arizona Diamondbacks, the Chicago Cubs, the Kansas City Royals, the New York Mets and the Los Angeles Dodgers. The Padres, who couldn't get Kim to sign five years ago, are reportedly in the mix as well. 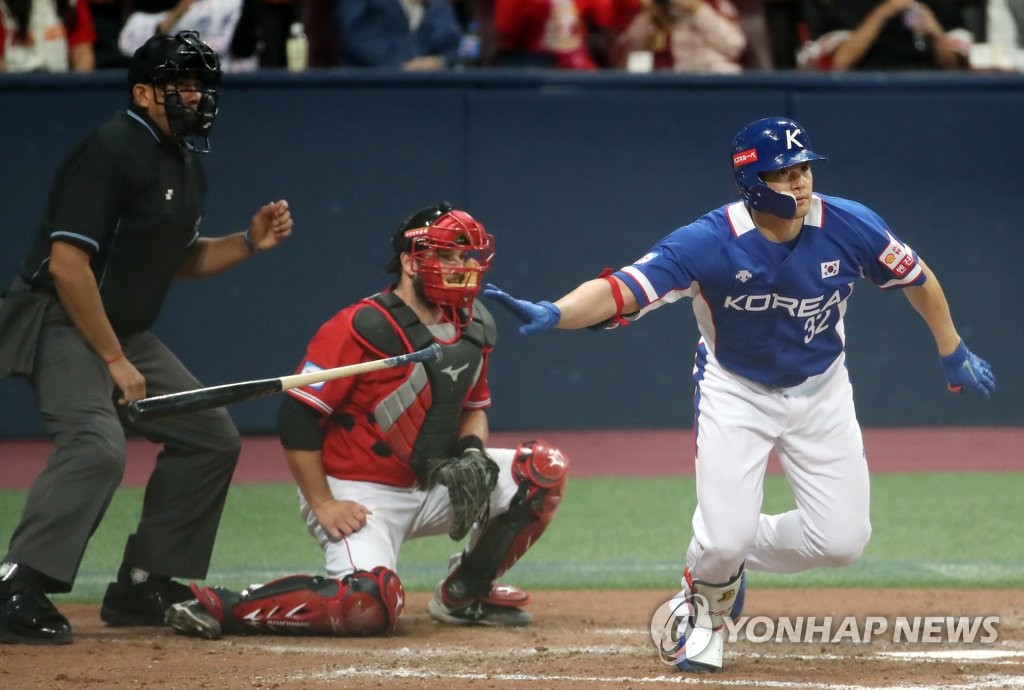 One major league scout said he and other evaluators consider Kim to be a better pitcher than Lindblom and noted that there will be "more than enough teams who will put Kim in their starting rotation."

Another big league scout rated Kim's slider as "filthy," just about the best compliment you can give to a pitcher on his arsenal, and gave Kim's four-seam fastball a 55 in the MLB scouting grade of 80, or slightly above average.

"He'd be a good mid to back-end starter," the scout said, requesting anonymity. "If he had a changeup, he would've gotten more love."

Kim has had little trouble striking out KBO hitters. It remains to be seen if he'll be able to replicate that in MLB, or if he'll even get a chance to do that.