The data compiled by CEOScore, a research firm that tracks conglomerates, showed that the number of executives at 262 companies affiliated with the conglomerates came to 9,742 as of the end of September, down 53 from 9,795 during the same period of 2015.

Samsung Group, South Korea's largest family-run conglomerate, whose flagship units include Samsung Electronics, saw the number of its executives fall 15.6 percent to 1,920 from 2,276 during the cited period.

The number of executives at Samsung Group fell the most among the 30 conglomerates, followed by Doosan Group with a 39 percent decline and a 38.5 percent fall at Hyundai Heavy Industries Group. 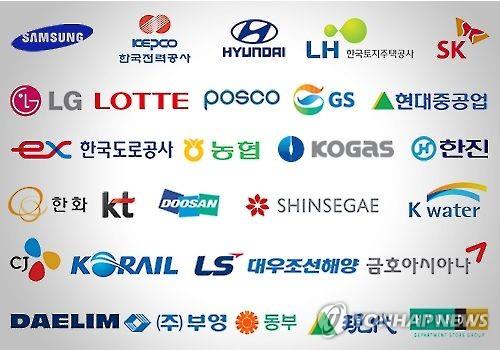