SEOUL, Dec. 11 (Yonhap) -- South Korea plans to give a one-year grace period to the country's small and medium-sized enterprises (SMEs) in adopting the 52-hour workweek system, the labor ministry said Wednesday, reflecting financial concerns for the smaller firms amid an economic slowdown.

The 52-hour policy was initially devised to cap the average working hours at 52 on a weekly basis in Asia's fourth-largest economy, known for long working hours compared with other Organization for Economic Cooperation and Development members.

The plan was scheduled to be expanded to smaller firms with 50 to 299 employees next year after first going into effect at large companies in July 2018. However, SMEs claimed it would add to their financial burden amid a slowing economy and employee shortage. 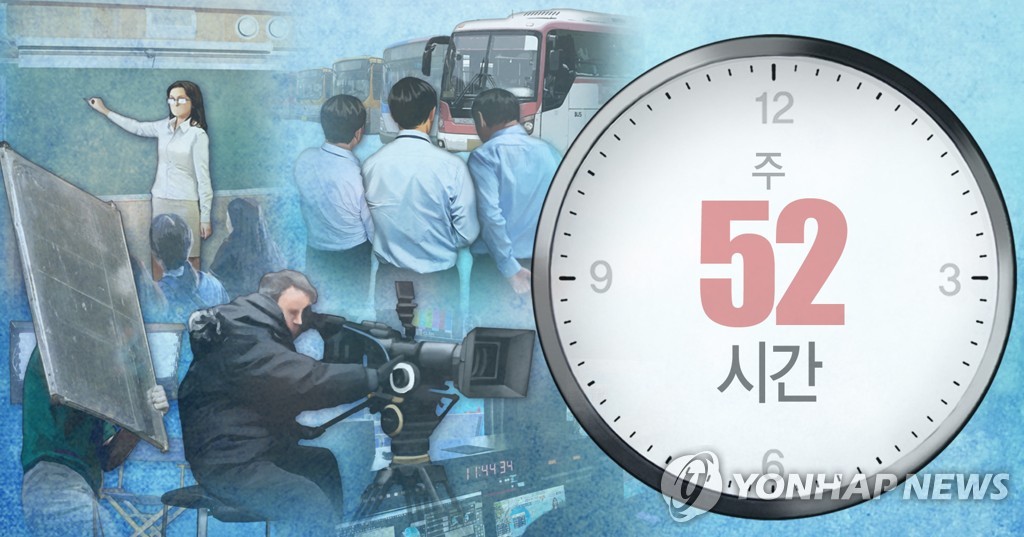 The confirmed grace period effectively delays smaller firms from adopting the policy by a year, which means that employees at those companies can continue to work more than 52 hours a week in 2020.

The announcement comes roughly a month after the labor ministry first announced plans to consider giving a grace period to smaller firms.

Labor groups had criticized the plan, calling it a "labor despair policy."

"The Korean Confederation of Trade Unions (KCTU) is angered by the Moon Jae-in administration's labor despair policy that has given up the minimum 10,000 won (US$8.40) wage policy, as well as the policy on shortening working hours," KCTU, one of the country's two largest labor umbrella groups, said in a statement.