SEOUL, Dec. 11 (Yonhap) -- The United States on Wednesday flew a Global Hawk surveillance plane over the Korean Peninsula and a strategic B-52 bomber over the sea near Japan, an aviation tracker said, amid brewing tensions over Pyongyang's threat of possible military provocations.

A Stratofortress, supported by a KC-135R refueling aircraft, was spotted in skies above Japan's east, Aircraft Spots said on its Twitter account without specifying the exact time of the operation.

It said the aircraft took off from Andersen Air Force Base in Guam.

Earlier in the day, the U.S. Air Force sent an RQ-4 Global Hawk over the Korean Peninsula, according to the tracker.

The flights came as tensions have heightened since Pyongyang conducted a rocket engine test at its Dongchang-ri satellite launching site on Saturday, sparking speculation that it may be preparing to resume testing of intercontinental ballistic missiles.

The B-52H, a long-range and large-payload multirole bomber, is one of the U.S. Air Force's principal strategic assets. 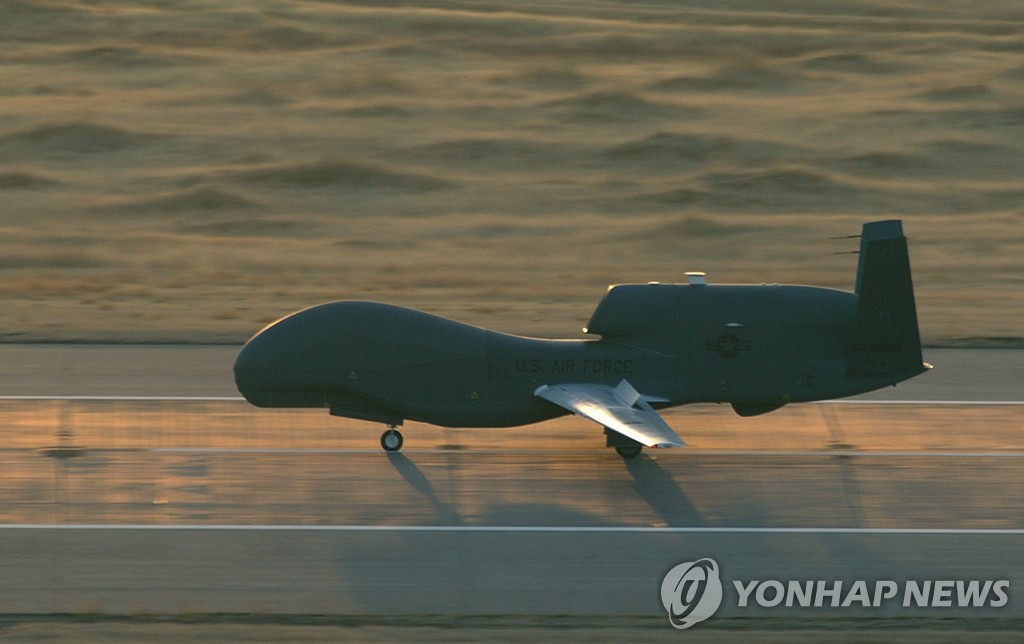