SEOUL, Dec. 11 (Yonhap) -- Political parties here appeared to be taking a breather Wednesday following a round of arguments over the handling of next year's budget bill.

The main opposition Liberty Korea Party (LKP) did not participate in the vote in protest of what it calls an illegitimate move by the ruling Democratic Party (DP).

An extra session of the National Assembly began Wednesday, but there is no schedule to open a plenary meeting during the day, a parliamentary official said. 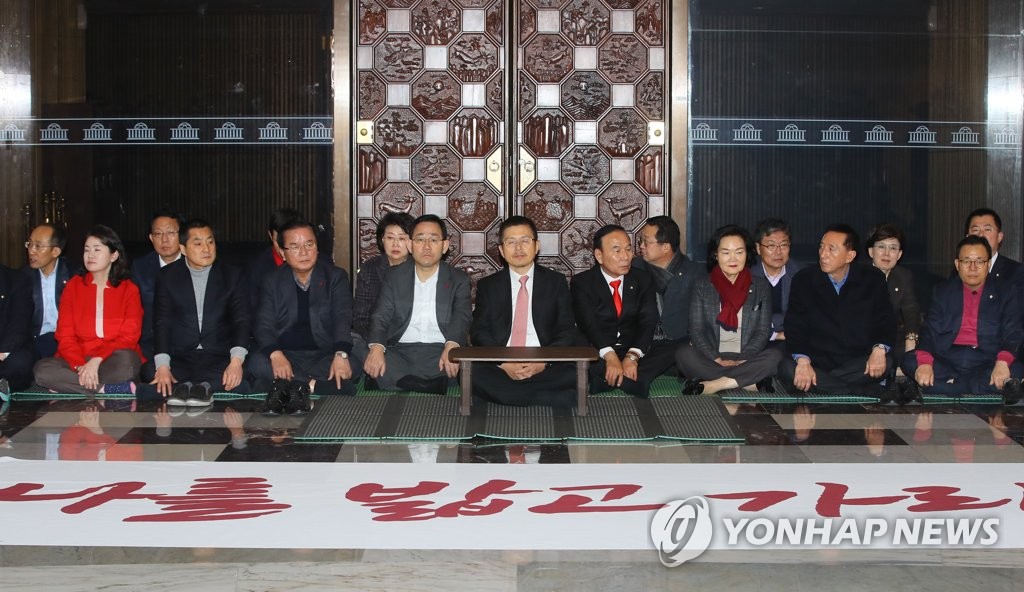 The LKP has taken issue with the legitimacy of the group as the Justice Party, the Party for Democracy and Peace and a splinter party, which calls itself the "new alternative party," have no formal negotiating bodies on the floor of the parliament. Parties with at least 20 seats are allowed to form such a formal negotiating team.

The head of the LKP, Hwang Kyo-ahn, began a sit-in protest at 7 p.m. Wednesday in front of the main hall of the National Assembly in a bid to block the electoral and prosecution bills. Dozens of party lawmakers joined in the action, which is set to last indefinitely.

The protest came two weeks after his eight-day hunger strike against the bills in front of Cheong Wa Dae ended when he collapsed and was taken to hospital. 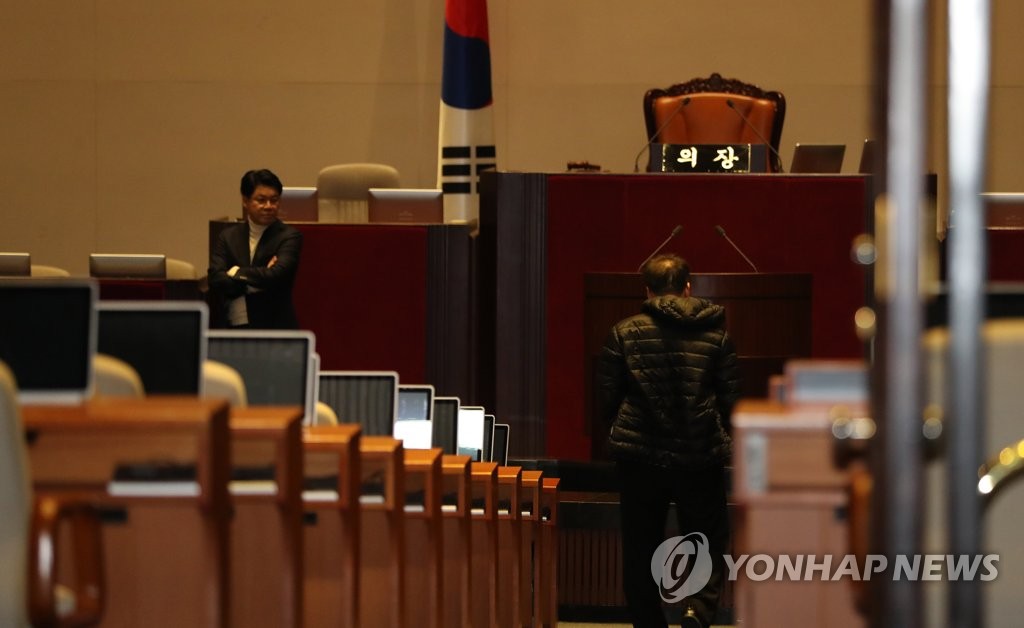 A parliamentary coup is imminent for the completion of a leftist dictatorship (scheme)," he said in a statement. He described the passage of the budget bill as a "starting point for full-fledged collusion" between the DP and the four minor parties.

"The National Assembly was trodden down by the tyranny of the majority and the Constitution and rule of law have collapsed," he argued.

A filibuster may be a stopgap measure, but it is not an ultimate solution. A filibuster on a certain bill is applied to a single plenary session, which enables a vote in the next one.

The DP said it is determined to get the election bill passed by Tuesday, when preliminary candidate registration starts for the April 15 general elections.

It remains uncertain whether the rival blocs will be able to reach an agreement, given the difference in their positions.