Ambassador to the United States Lee Soo-hyuck and 13 other top envoys in foreign countries were given the credentials during a Cheong Wa Dae ceremony, which will be presented to the leaders of their appointed nations.

"With the rise of South Korea's stature on the global stage, the role of diplomats has become important in various fields, such as diplomacy, economy and culture," Moon told them. "There's not a single nation that is not important."

Moon called on the ambassadors to do their best to improve South Korea's relations with their assigned countries and bolster international cooperation for the Korea peace process, according to Cheong Wa Dae spokesperson Ko Min-jung. 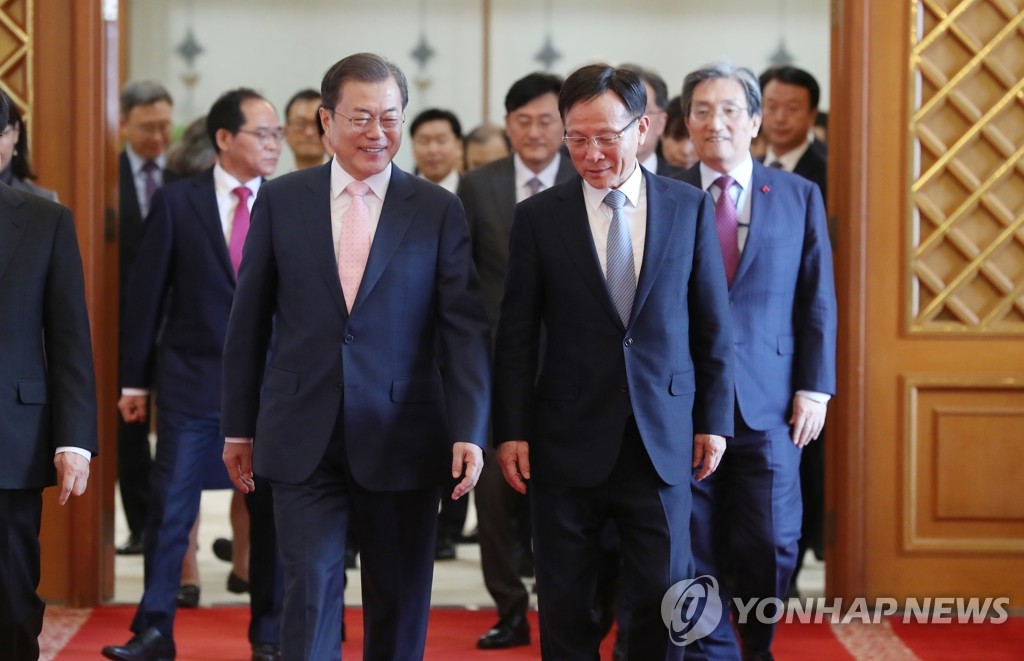 Moon pointed out that the international community faces a host of common problems, including low birthrates, youth unemployment, welfare for the elderly, climate change and new job conditions from the fourth industrial revolution.

He asked the senior diplomats to study exemplary cases different from South Korea's approach and how Seoul can benchmark their policies, Ko added.