SEOUL, Dec. 11 (Yonhap) -- South Korea allotted the biggest annual budget ever to the culture ministry for the year 2020 to bolster the country's promising content industry, according to the government budget plan Wednesday.

The National Assembly approved a 512.3 trillion-won (US$429.7 billion) government budget for next year in its plenary session Tuesday night, confirming the amount of annual state spending for the new year.

The approved budget includes 6.48 trillion won earmarked for the Ministry of Culture, Sports and Tourism, the biggest budget the government has set aside for the culture ministry.

Compared to this year's culture budget, the 2020 budget marks a 9.4 percent increase.

The steep budget increase for the culture ministry is reflective of the government's determination to cultivate the content industry as the country's future economic growth engine as well as to upgrade the local culture and tourism infrastructure.

"Through an effective budget execution, (the ministry) will dramatically nurture the country's cultural potential and spread (Korean) cultural content across the globe and the culture of enjoying leisure activities in everyday life," an official at the culture ministry said.

The official also said the ministry plans to use more than 70 percent of its 2020 budget in the first half of next year to help prop up the economy.

According to details of the 2020 cultural budget, the lion's share has been allotted to the content industry, including a total of 1.1 trillion won for supporting and nurturing the virtual reality content market and an additional 40 billion won for creating a VR content exhibition space in central Seoul.

Some 113 billion won has also been set aside for a variety of assistance funds for traditional content creators, an amount twice as big as the corresponding budget for this year. 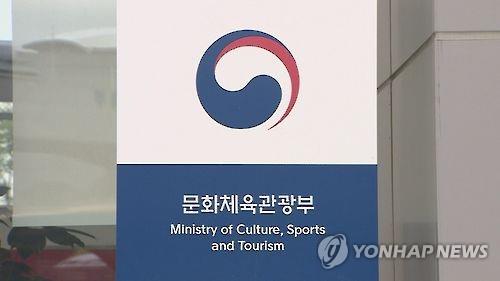