SEOUL, Dec. 11 (Yonhap) -- South Korean free agent pitcher Ryu Hyun-jin said Wednesday there's no truth to a U.S. news report that claimed he would prefer to stay on the West Coast, adding that geography won't affect his decision in the market.

Ryu, the runner-up in the National League (NL) Cy Young Award voting and the reigning major league ERA champion, has been linked to multiple clubs so far this offseason, including the Minnesota Twins. He's spent the past seven years with the Los Angeles Dodgers. 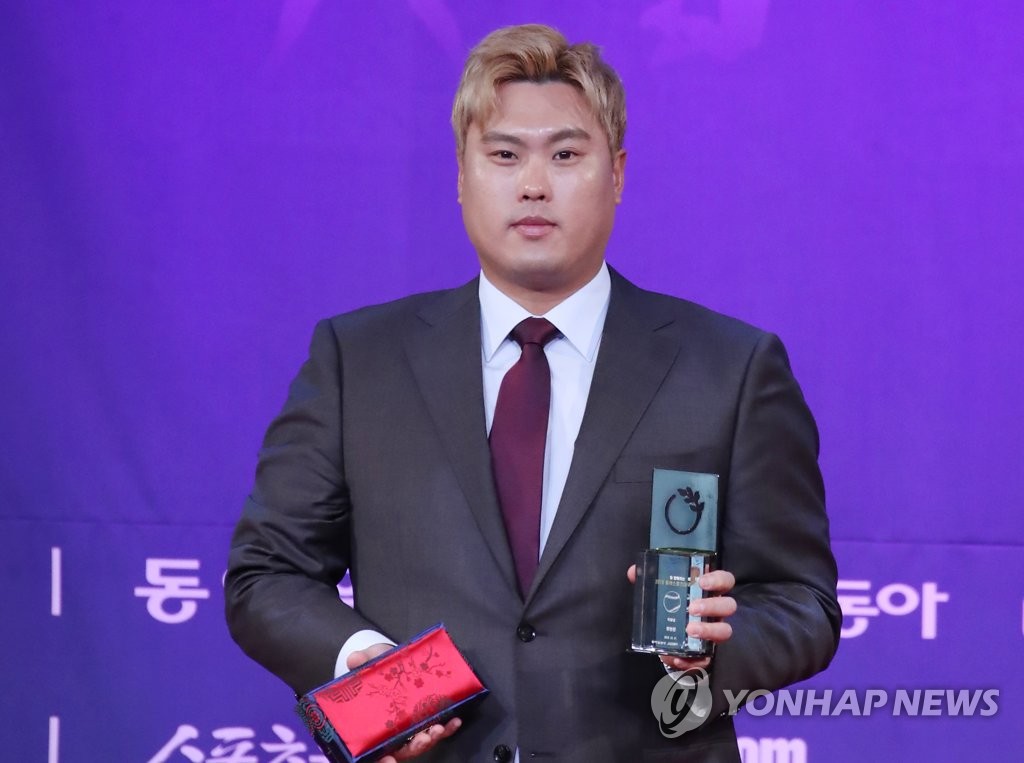 Earlier in the week, a Minnesota Star Tribune article, citing multiple Twins sources, said Ryu wanted to stay in the West. But speaking to reporters after a local sports awards ceremony in Seoul, Ryu wondered aloud where that came from and added, "I've never once said anything like that."

"No matter where I end up, I'll just try to pitch the best I can," Ryu said.

During the ongoing Winter Meetings in San Diego, Ryu's agent, Scott Boras, told reporters, "Geography is something that players look at and evaluate, but I don't think it's an overriding consideration. The distance from Seoul to any major league franchise, I am not sure it's relevant."

Ryu echoed his agent's sentiment, saying all other players would feel the same way about keeping their options open.

As for reports that the Dodgers are interested in bringing him back, Ryu said, "If the Dodgers wanted to re-sign me, they would have told my agent. I haven't heard from him yet, and honestly, I don't have much to tell you right now."

Ryu went 14-6 with an MLB-low 2.32 ERA and finished second to Jacob deGrom of the New York Mets in the Cy Young voting. He is the first South Korean pitcher to earn a Cy Young vote.

Ryu has also been named to the All-MLB Second Team as one of five starting pitchers.