Jeong Se-hyun, currently executive vice chairperson of the presidential National Unification Advisory Council, made the remarks amid speculation that the North might be preparing to launch an intercontinental ballistic missile after conducting what it called a "very important test" over the weekend at its satellite launching site.

North Korea announced a decision to suspend its nuclear and ICBM tests during a party meeting in April 2018 as it begun diplomacy in earnest with the U.S. to dismantle its nuclear weapons program in exchange for political and economic concessions.

The North said it will hold a key party meeting later this month to discuss "critical issues," raising speculation that a major policy change could be forthcoming as a year-end deadline it set for Washington to come up with a new proposal is drawing closer. 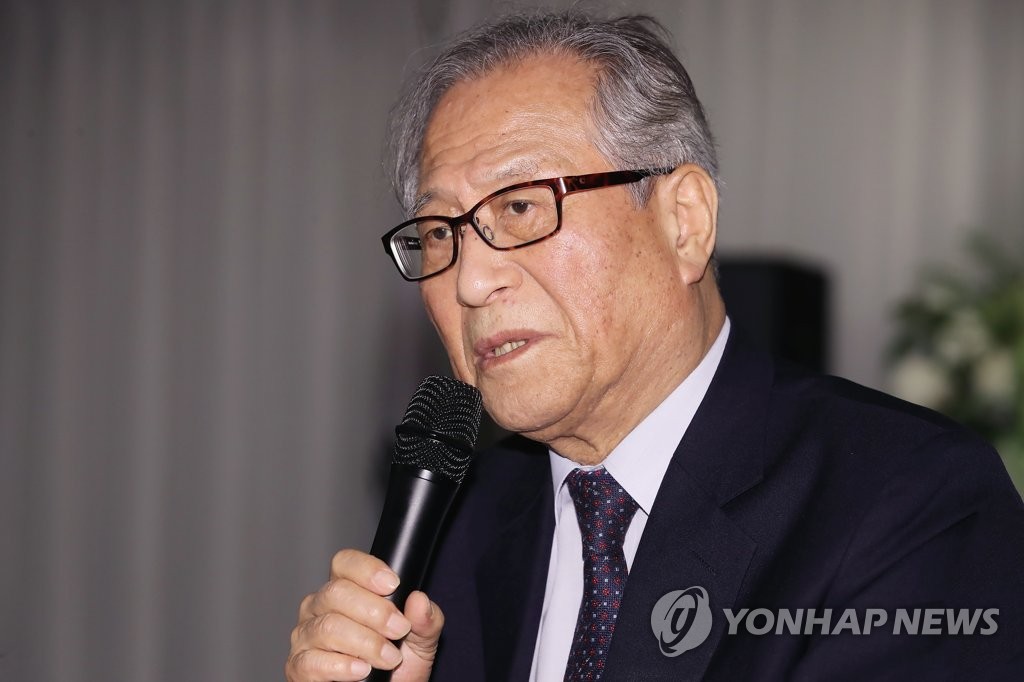 "I think that the North could rescind (those decisions) or fire ICBMs, saying that it cannot deliver on its promise any more as situations have not improved at all," Jeong said.

Denuclearization talks have been stalled since the summit between North Korean leader Kim Jong-un and U.S. President Donald Trump in February fell apart as they remained far apart over how to match Pyongyang's denuclearization steps with Washington's concessions.

North Korea has set the end of the year as a deadline for the U.S. to come up with a new proposal in their nuclear talks, warning it will otherwise take a "new way."

Last Saturday, North Korea conducted a rocket engine test at its Sohae satellite launching station, better known as the Dongchang-ri site on its west coast, raising speculation that it could be preparing to conduct an ICBM launch.

Jeong, an expert on North Korea and inter-Korean issues, said the North will likely pursue ICBM tests and other major provocations as part of "high-intensity brinkmanship strategy" to force Washington to offer more concessions in future talks.

"In the name of space development, (North Korea) could possibly demonstrate its enhanced ICBM capability and use it as a bargaining chip in future talks," he said.

North Korea has claimed its satellite launches are for peaceful purposes, but its previous such fires drew global condemnation as rockets used in them employ similar technology as ballistic missiles.

The North is banned from using any ballistic technology under global sanctions.