Moon approved the request earlier in the day, according to the office.

In South Korea, nominees for ministerial positions are subject to nonbinding confirmation hearings by the Assembly.

According to a related law, the Assembly is supposed to complete a confirmation hearing and send the president a report on it within 20 days of when a hearing demand is made.

Hence, Choo's parliamentary hearing is expected to be held by Dec. 30, if things go smoothly.

If such procedures are unmet, Moon can again call for the Assembly to send him the report within 10 days from Dec. 31.

If the Assembly refuses to adopt the report again as an expression of objection to the nomination, Moon can appoint Choo as justice minister at his discretion as the hearings are nonbinding in nature.

A hearing verifies a nominee's qualifications for the appointed post and ethical standards. 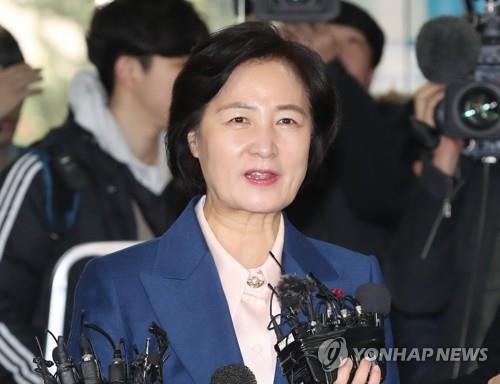