The company made the statement in response to market concerns that the HDC-Mirae Asset Daewoo consortium won't be able to sign an agreement to purchase a controlling stake in Asiana Airlines from Kumho Industrial Co. on Thursday due to differences over prices and debts.

Kumho Industrial, which owns a 31 percent stake in Asiana Airlines, selected the HDC-Mirae consortium as the preferred bidder on Nov. 12, allowing the consortium to exclusively negotiate with the seller over prices and other terms for a 30-day period ending Thursday. 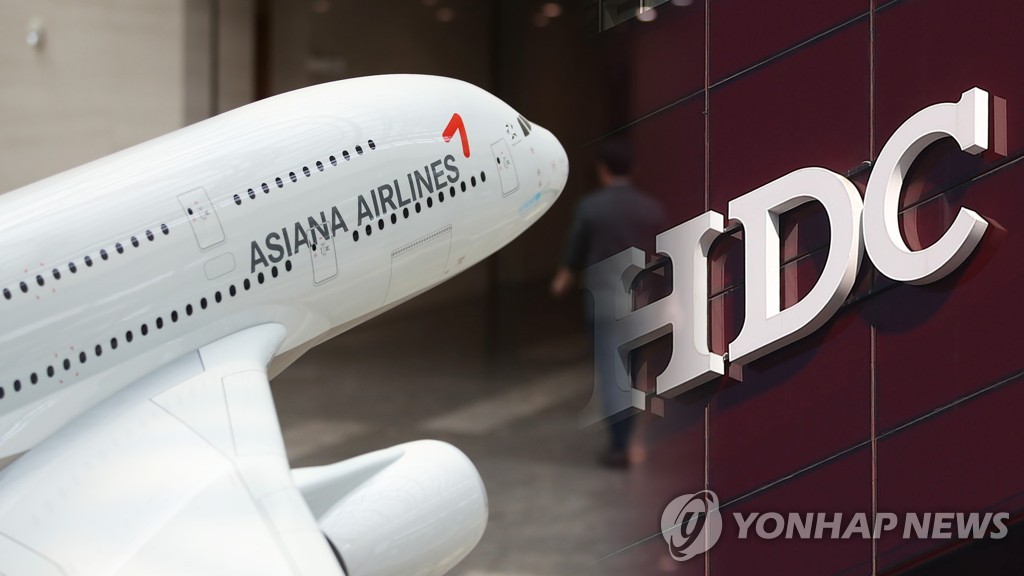 "We have not targeted signing a share purchase agreement by Thursday but aimed at signing it within the year. We are in talks with Kumho Industrial to proceed with the deal," a HDC spokesman said over the phone.

Kumho Industrial also said the company is "fine-tuning" the deal's details without setting the date for the share purchase agreement.

HDC and Kumho Industrial have reportedly been at odds over the pricing of existing Asiana shares and possible contingent liabilities, raising concerns that the two parties may not sign a share purchase agreement as agreed.

The companies did not confirm the reports.

But the two sides appear to be moving forward to sign the deal as planned given that Lee Dong-gull, chairman of the state-run Korea Development Bank (KDB), said last week, "Kumho is in negotiations to sell the airline by December as planned."

But HDC Hyundai Development plunged 5.6 percent to 25,200 won and Kumho Industrial fell 0.9 percent to 10,800 won on investor concerns over the financial burden buying the airline would place them under.

The HDC consortium submitted an overall acquisition price of 2.5 trillion won for the 31 percent stake, as well as new shares to be issued and the airline's six affiliates, which include low-cost carriers Air Busan and Air Seoul Inc.

The 31 percent stake was valued at 365 billion won (US$312 million) at the closing price of 5,310 won on Nov. 7 when the consortia submitted their final bids to the deal's lead manager, Credit Suisse.

In response to reports that it plans a rights issue worth 500 billion won to finance the deal, HDC said it is considering issuing new shares and other measures but no decision has been made yet.

In 2018, Asiana Airlines and the KDB signed a deal that required the carrier to secure liquidity through sales of assets and other means.

From January-September, Asiana posted a net loss of 524.14 billion won, swinging from a net profit of 6.33 billion won a year ago.

A combination of lower demand for travel to Japan amid a trade dispute, a weak won against the dollar and lower cargo-carrying volumes dealt a blow to the earnings results.