SEOUL, Dec. 12 (Yonhap) -- South Korea is still faced with continuing uncertainties, but the levels may have somewhat eased, a senior official at the Bank of Korea (BOK) said Thursday.

"As the U.S. Federal Reserve chairman said in a press conference, uncertainties have not disappeared. I understand he noted there always exist uncertainties and that he will carefully monitor them," BOK Dep. Gov. Yoon Myun-shik told reporters, hours after the U.S. Fed unanimously voted to keep its policy rate frozen at a range of 1.50 percent and 1.75 percent in its latest Federal Open Market Committee meeting.

"But it is true that (we) believe the uncertainties will be somewhat eased," he said. 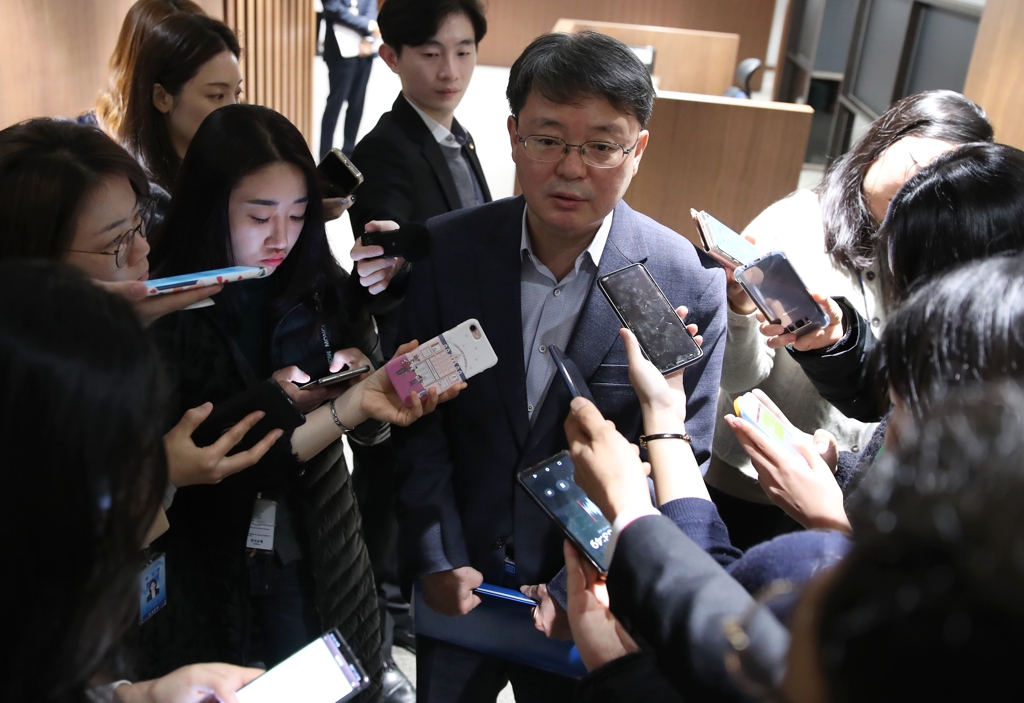 Yoon said South Korea too will carefully monitor uncertainties and check their impact on the local economy.

South Korea's exports dropped for the 12th consecutive month in November amid the protracted trade dispute between the world's largest economies -- the United States and China -- which are also the largest importers of South Korean goods.

Signaling a possible recovery, the country's exports have jumped 7.7 percent on-year in the first 10 days of the month.

The BOK official said the Fed's decision to keep its base rate steady may assist the local financial market, as it did for the U.S.

"We naturally expect a similar reaction from our financial market as the U.S. market has shown, but we will carefully watch market conditions with caution since there are many events ahead of us, such as the U.S. import tariffs on Chinese products set to go into effect Dec. 15, the monetary policy decision by the ECB that is due today and the general elections in Britain," Yoon said.

Yoon said the U.S. policy rate will only have a limited effect on his country's own monetary policy.

"We do consider the Fed's monetary policy as an important factor because its impact on the global finance and economy is so great, but our monetary policy is not based on the U.S. rate decision alone, and it must be run under careful consideration of how many other factors affect our macroeconomy and financial stability," he said.

The BOK kept its policy rate frozen for the remainder of the year last month at a record low of 1.25 percent to see the impact of recent rate cuts on Asia's fourth-largest economy.