The Heroes announced on Thursday that the versatile 30-year-old has agreed to a one-year deal worth $350,000, including incentives. 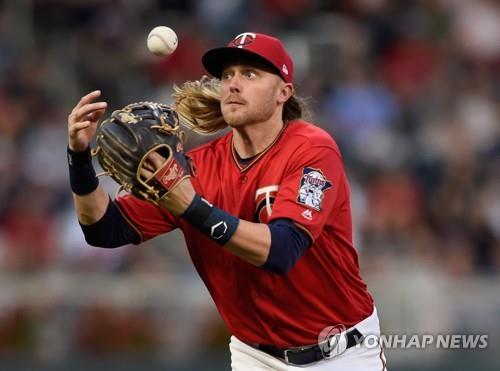 In 2015, he was named the MVP of the Durham Bulls, the Rays' Triple-A affiliate, after ranking first in the International League in doubles (43) and extra-base hits (58) and finishing in the top 10 in a few other offensive categories.

"Motter is a great defensive player who will give us flexibility on the field," the Heroes said. "As a hitter, he can put the ball in play and has good gap power."

In a statement released by the Heroes, Motter said he has some KBO connections. He played minor league ball in the Rays' system with current Samsung Lions shortstop Lee Hak-ju. Motter also said his wife is close friends with the wife of KT Wiz outfielder Mel Rojas Jr.

Motter replaces slugging outfielder Jerry Sands in the Heroes' lineup. While making $500,000, Sands led the KBO with 113 RBIs and 39 doubles in 2019, finishing second with 100 runs scored. The Heroes previously said they'd made Sands an offer but that the player didn't respond.

KBO teams can sign up to three import players, with no more than two pitchers.