SEOUL, Dec. 12 (Yonhap) -- South Korea will expand its financial support programs for materials, parts and equipment sectors next year, as it seeks to boost competitiveness in the key industrial sectors, a senior official said Thursday.

Vice Finance Minister Kim Yong-beom made the remarks at a meeting with relevant officials earlier in the day amid a trade spat over Japan's export restrictions against South Korea.

Kim said the government will provide some 750 billion won (US$631.7 million) in financial support for the three sectors next year.

The plan includes a 300 billion-won fund, partly backed by the government, to bolster the competitive edge of promising startups, the Ministry of Economy and Finance said in a statement. 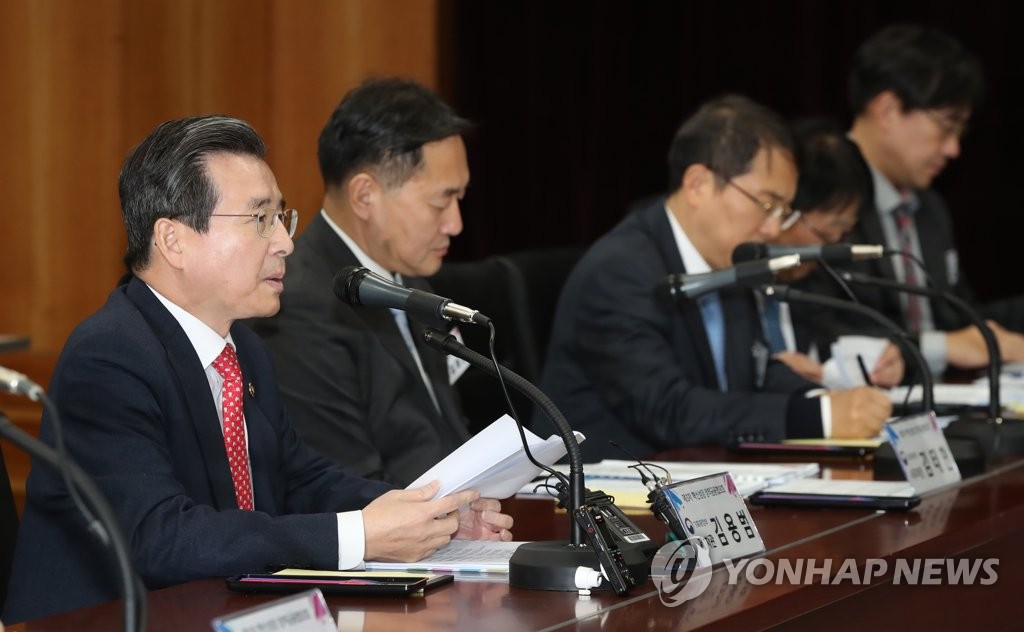 Next year, the government plans to help channel more funds to small and medium-sized firms and owners of self-employed businesses, according to the statement.