SEOUL, Dec. 12 (Yonhap) -- South Korea's top security officials on Thursday assessed the recent security conditions on the peninsula amid the looming year-end deadline set by Pyongyang for the U.S. to make concessions in their deadlocked nuclear talks.

In a weekly session of the National Security Council (NSC) standing committee, its members agreed to continue strengthening cooperation with "neighboring countries" for "substantive progress" in the Korea peace process through the early resumption of denuclearization negotiations, according to Cheong Wa Dae. The meeting was presided over by Chung Eui-yong, director of national security at the presidential office.

The NSC session came after the United Nations Security Council had a meeting on North Korea. There's speculation that the secretive North may be poised for a launch using long-range ballistic missile technology. 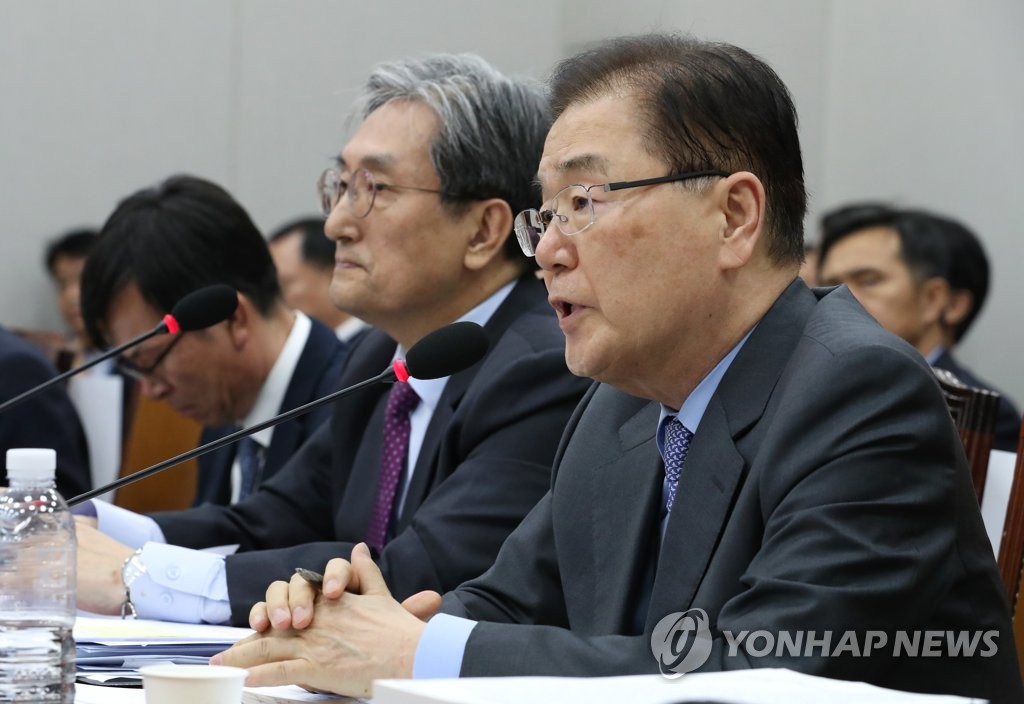 Pyongyang is apparently pressing Washington to make concessions, saying it would seek a "new way" unless the Trump administration changes tack by the end of this year.

The NSC members also talked about a strategy in tough bargaining with the U.S. on splitting the cost of American troops here, according to Cheong Wa Dae.

They reviewed how to contribute to the international community's efforts to protect South Korean people and ships "in the vicinity of the Strait of Hormuz" and secure maritime security there, it added. It provided no other details.

Cheong Wa Dae appears to be sending a message to the U.S. that it is considering ways to assist the campaign.

South Korea has maintained the 300-strong Cheonghae Unit in the Gulf of Aden since 2009 to help fight piracy.

Earlier this month, the National Assembly passed a motion to extend its mission through Dec. 31, 2020.

If South Korea decides to take part in the U.S-led operation in the Strait of Hormuz, the Cheonghae Unit may be deployed there.