South Korean carmakers shipped 217,498 units of cars overseas last month, according to the data compiled by the Ministry of Trade, Industry and Energy. In terms of value, auto exports also moved down 1.4 percent over the period to US$3.91 billion.

The country's outbound shipments of cars have been decreasing on-year since August in terms of units after expanding 11.6 percent in July, the sharpest growth of this year, the data showed.

In the first 11 months of the year, South Korea shipped 2.2 million units of cars overseas, down 1.2 percent from a year earlier. Their value, however, moved up 5.9 percent to $39.2 billion over the cited period. 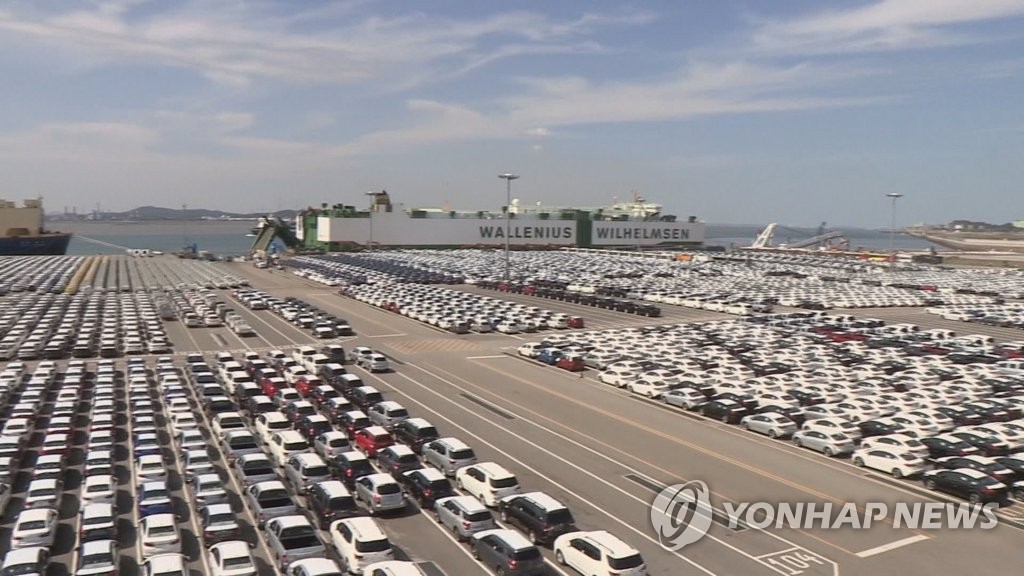 Hyundai Motor Co., the nation's No. 1 automaker, saw its overall exports fall 4 percent on-year in November due to falling demand for midsized sedans, although its shipments of SUV models soared 26.7 percent over the period.

By region, shipments to North America rose 3.9 percent on-year in November, while those to Asia dropped 21.4 percent. Exports to the European Union decreased 10.3 percent, and those to the Middle East lost 36.9 percent from a year earlier.

Auto exports down for 4th month on weak demand from Asia

Auto exports down for 4th month on weak demand from Asia