SEOUL, Dec. 13 (Yonhap) -- The United States flew a naval patrol aircraft over the Korean Peninsula, an aviation tracker said Friday, amid heightened tensions due to concerns North Korea could launch a long-range rocket.

The U.S. Navy's P-3C maritime surveillance plane "conducted a mission over the Korean Peninsula earlier," Aircraft Spots said on its Twitter account without specifying the exact time of the operation. It also did not upload photos showing the flight route.

The P-3C Orion is an airborne anti-submarine warfare and maritime intelligence, surveillance and reconnaissance asset.

As one of the U.S.' major intelligence-gathering assets, the aircraft is specialized in collecting information on ballistic missiles, such as the movement of transporter erector launcher vehicles and electronic signals.

Recently, the U.S. has deployed its spy planes over South Korea almost on a daily basis, sometimes several types in a day, to monitor North Korea.

On Thursday, the aviation tracker said that the U.S.' E-8C aircraft, or JSTARS, and RC-135W Rivet Joint aircraft were spotted over South Korea. A day earlier, it uploaded three feeds regarding the detection of three aircraft -- RC-135W, Global Hawk and B-52 Bomber -- in the region.

Those flights came at a time when North Korea has threatened to take a path other than dialogue unless the U.S. fails to come up with new proposals by the end of this year to move their stalled denuclearization talks forward.

As the latest in a series of military moves, Pyongyang conducted a rocket engine test at its Dongchang-ri satellite launching site Saturday, sparking speculation that it may be gearing up to resume testing of intercontinental ballistic missiles (ICBMs). 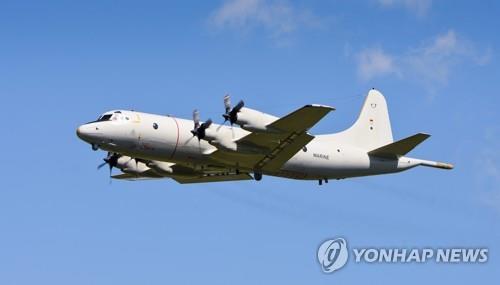