SEOUL, Dec. 13 (Yonhap) -- North Korea could announce an end to denuclearization talks with the United States when it convenes a meeting of the ruling Workers' Party later this month, a state-run think tank said Friday.

The North said last week it will convene a plenary meeting of the Central Committee of the WPK later this month to address "crucial issues in line with the needs of the development of the Korean revolution and the changed situation at home and abroad."

The announcement came as Pyongyang has ramped up pressure on Washington to come up with a new proposal by the end of this year to move deadlocked denuclearization negotiations forward.

"Unless there is a last-minute turnaround, the North is expected to announce its stance on the U.S. that could include the declaration of an end to denuclearization talks," the Institute for National Security Strategy (INSS) affiliated with Seoul's spy agency said in a report.

The Workers' Party session "appears to have characteristics as an emergency meeting related to leader Kim Jong-un's year-end deadline," it added. "That it did not specify a date but just said that the meeting will be held in the latter part seems to be designed to expect a change in the U.S. attitude but secure a reason for taking a 'new way' otherwise."

The report said that it has been unprecedented that the North has disclosed a plan in advance to hold a plenary party meeting, adding that last week's announcement appears to be intended to "maximize pressure" on Washington to change tack. 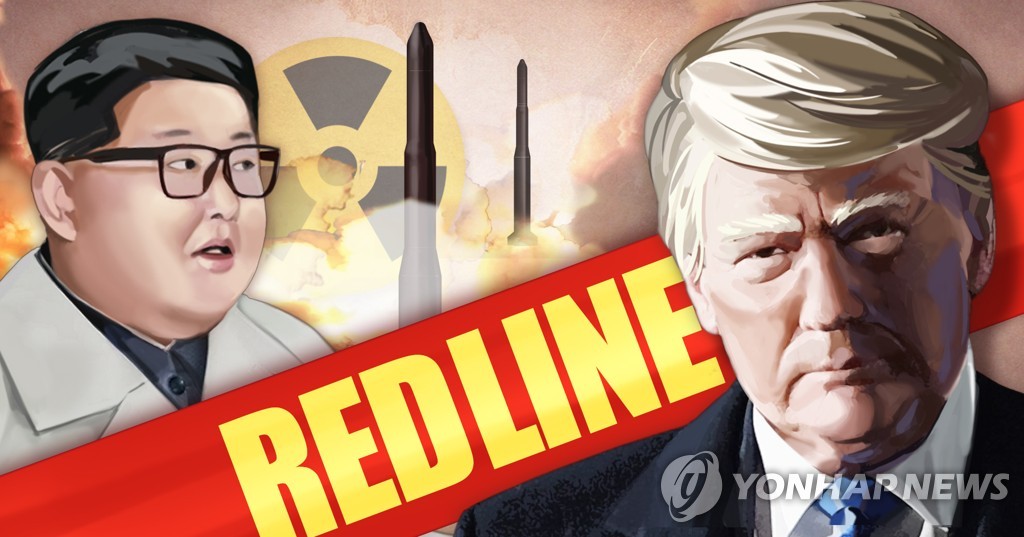 Denuclearization talks have stalled since the summit between North Korean leader Kim and U.S. President Donald Trump broke down in February after they failed to match Pyongyang's denuclearization steps with Washington's sanctions relief and other concessions.

North Korea has urged Washington to show flexibility before the end of this year, warning that otherwise, it could give up on negotiations with the U.S. and take a "new way."

On Saturday, North Korea conducted what it called a "very important test" at its Dongchang-ri satellite launch site, spawning speculation that it could be preparing to fire an intercontinental ballistic missile (ICBM).

It did not disclose what was tested but noted the test result will have an "important effect on changing the strategic position." Last week, the North said that it is entirely up to Washington what "Christmas gift" it wants to get.

The INSS said the North is expected to announce a "new way" if the year-end deadline passes without a breakthrough, adding it will calculate the "right timing" for a provocation so as to make a strong case for "passing the buck" for a failure of denuclearization talks over to Washington.

"For the time being, (the North) is expected to take low-intensity steps, such as resuming nuclear activities or repairing rocket launching sites, but if (the North) takes action, it would be done in a way to demonstrate its strategic position," the think tank said.

The think tank added there is also a possibility of taking steps not strong enough to give a cause for strengthening sanctions, such as firing a stationery satellite in the name of peaceful use of space or disclosing new nuclear weapons or submarines.

North Korea has not conducted nuclear or ICBM tests since late 2017. During a party meeting in April 2018, the North announced a moratorium on such tests as it begun diplomacy in earnest with Washington on dismantling its nuclear weapons.

The think tank said that should the North take a "strong" provocation, it would mean that Pyongyang will give up its hope for an improvement in its relations with Washington next year and plan to wait until a new administration comes in after the November presidential election.

Some still held out cautious hope for a last-minute halt to a downward spiral, citing an expected trip by U.S. Special Representative for North Korea Stephen Biegun to South Korea next week.

Biegun reportedly plans to arrive in Seoul early next week and could travel to the truce village of Panmunjom for possible contact with his North Korean counterpart and First Vice Foreign Minister Choe Son-hui.

"We don't know what Biegun will do when he comes here, but if Choe comes down to Panmunjom to meet him, it could be seen as a positive signal," Choi Yong-hwan, a senior researcher at the INSS, told reporters during a press conference. "They could manage to arrange a meeting for next year and pass the deadline (without major provocations)."

Lee Su-hyung, a senior researcher at the think tank, also said that there is a possibility of the two sides meeting next week, but it might be too late to expect a breakthrough.

"I am not sure with what intention Biegun would come and try to meet North Korean officials, but if the North rejects even such a gesture, it might have to take more responsibility (for a failure of yearslong negotiations) in the eyes of the international community," Lee said.

"Even if they meet, however, it would be hard to expect a new turnaround in the North Korea-U.S. relations," he added.

Kim In-tae, another INSS senior researcher, said that the North appears to be planning to hold a plenary party meeting as it is necessary for Pyongyang to inform its own people of any abrupt policy change, saying a major provocation might come after that.

"I think that the North could hold a plenary meeting (of the WPK) around the Christmas holiday so as to keep internal opinions aligned (with state policy). A provocation could come after that."