SEOUL, Dec. 13 (Yonhap) -- A North Korean propaganda outlet on Friday slammed U.S. Ambassador Harry Harris for treating South Korea like a U.S. colony, bristling at a series of what it called "overbearing" remarks the envoy has reportedly made.

Uriminzokkiri, one of the North's propaganda websites, made the accusation after recent media reports that Harris asked South Korean lawmakers whether President Moon Jae-in is surrounded by "pro-North Korea leftists" and demanded a sharp rise in Seoul's share of the cost of the upkeep of 28,500 U.S. troops here.

"These remarks by Harris exposed the overbearing attitude of the U.S. that sees South Korea as nothing more than a colony and South Korean authorities as their puppets," Uriminzokkiri said in a commentary.

"The U.S. ambassador to South Korea effectively serves the role of the governor-general to surveil and control South Korea to make it completely obey for the benefit of the U.S. interest in all aspects of the society," it said.

Last month, Rep. Lee Hye-hoon of the minor opposition Bareunmirae Party said in a radio interview that the U.S. envoy invited lawmakers to his residence and demanded a rise in Seoul's contributions in their defense cost-sharing negotiations.

The commentary also criticized the South Korean authorities' "servile" attitude for "not saying a word of protest" against such remarks.

"That's why South Korea, scared of the U.S., failed to take a single step to implement the inter-Korean agreements and couldn't help but suspend its decision to terminate the intel-sharing deal with Japan," it said.

In a separate commentary, Uriminzokkiri also criticized Seoul's 2019 diplomatic white paper for boasting of its role in creating the opportunity for denuclearization negotiations last year, saying that such an overture came following the North's determination.

"The South Korean authorities spent the entire year doing its submissive diplomacy ... and that only resulted in chilled North-South relations," it said. 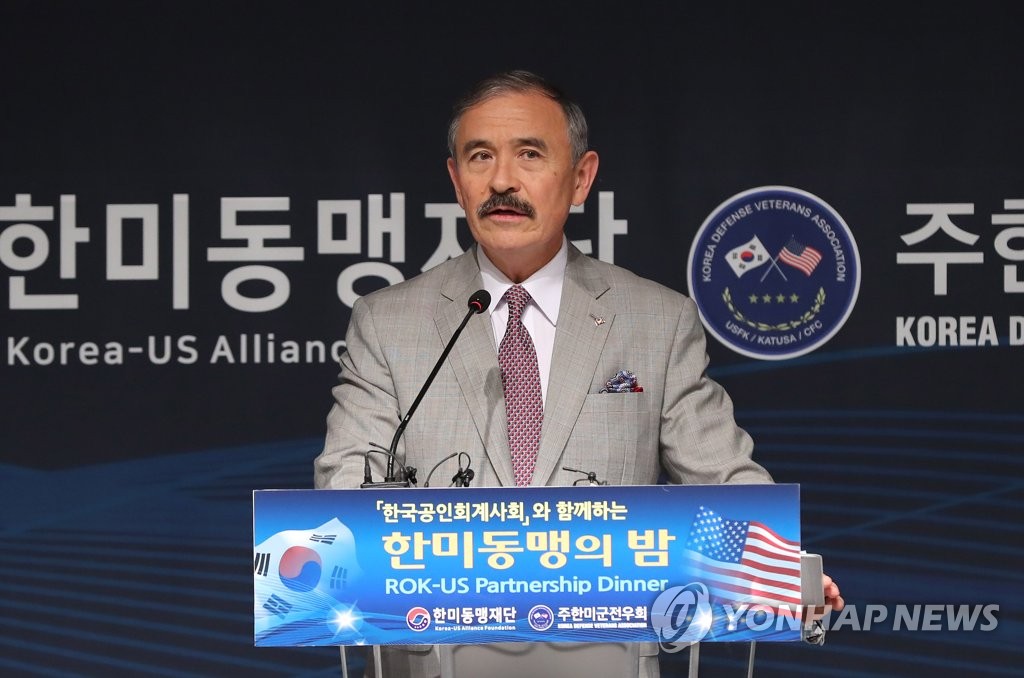