SEOUL, Dec. 13 (Yonhap) -- South Korea's credit default risk has plunged to a record low on reports that U.S. President Donald Trump signed off on a much-awaited trade deal with China, according to Seoul's finance ministry Friday.

The spread reflects the cost of hedging credit risks on corporate or sovereign debt. A fall implies an improvement in the credit of government bonds and lower costs for issuance. A basis point is 0.01 percentage point.

Bloomberg News reported that Trump signed a phase-one trade deal with China that averted steep tariffs planned by the U.S. against China for Sunday.

"Getting VERY close to a BIG DEAL with China. They want it, and so do we!" Trump said in a Twitter post earlier in the day.

The protracted trade row between the U.S. and China, the two largest trading partners of South Korea, has weighed on Korean exports. 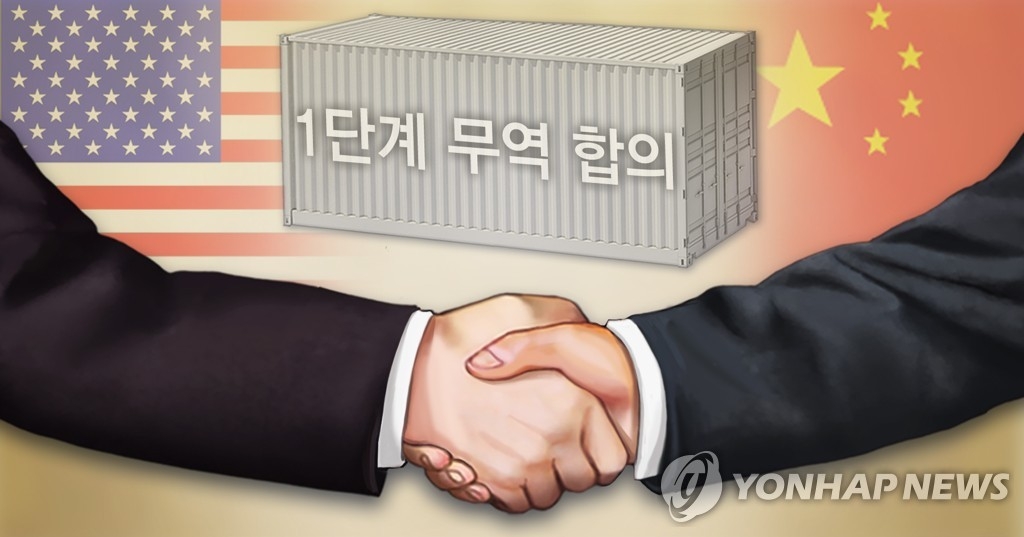