SEOUL, Dec. 13 (Yonhap) -- President Moon Jae-in on Friday emphasized lessons from a couple of historic events here against Japan's colonial rule in the 1900s, saying South Korea still has a ways to go to promote fairness, freedom and equality.

This year, South Korea has commemorated the 100th anniversary of the March 1st Independence Movement and the establishment of a provisional government in Shanghai. The two are highlights of Korea's fight against Japan's brutal colonization from 1910-45.

"The most important reason why (we) have to remember the March 1st Independence Movement and the establishment of the Provisional Government is that (they) are the very root of the Republic of Korea," Moon said during a luncheon meeting with members of a presidential committee on related commemorative projects. The Republic of Korea is South Korea's official name. 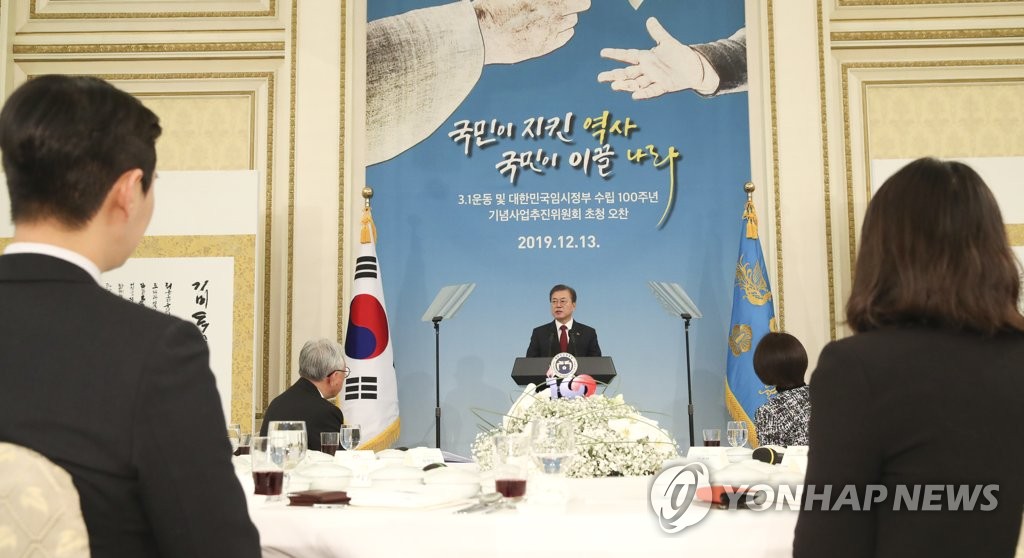 He added that the country was born thanks to a clamor for independence by all the people together.

"Jumping over gender, class, ideology and religion, they have created a free and equal nation together," he said.

However, it's time to reflect "humbly" on whether there exist "another politics" of privileges, discrimination and severe economic inequality amid prosperity, according to the president.

Looking back on the past century shows South Korea a clear path to go for the coming 100 years, which is to prosper together on the basis of fairness, freedom and equality, he added.

"Those are the lessons that the 100th anniversary of the March 1st Independence Movement and the establishment of the Provisional Government teach us today," Moon said.

His liberal administration has launched a full-fledged campaign to promote fairness in South Korea, as the president has turned the halfway point in his single five-year term.

Moon's pick of Cho Kuk, a law professor and close aide to him, as justice minister triggered massive political and social controversies and even conflicts. Cho stepped down from the post in October amid state prosecutors' probe into suspicions over his daughter's schooling and his wife's investment in a private equity fund. 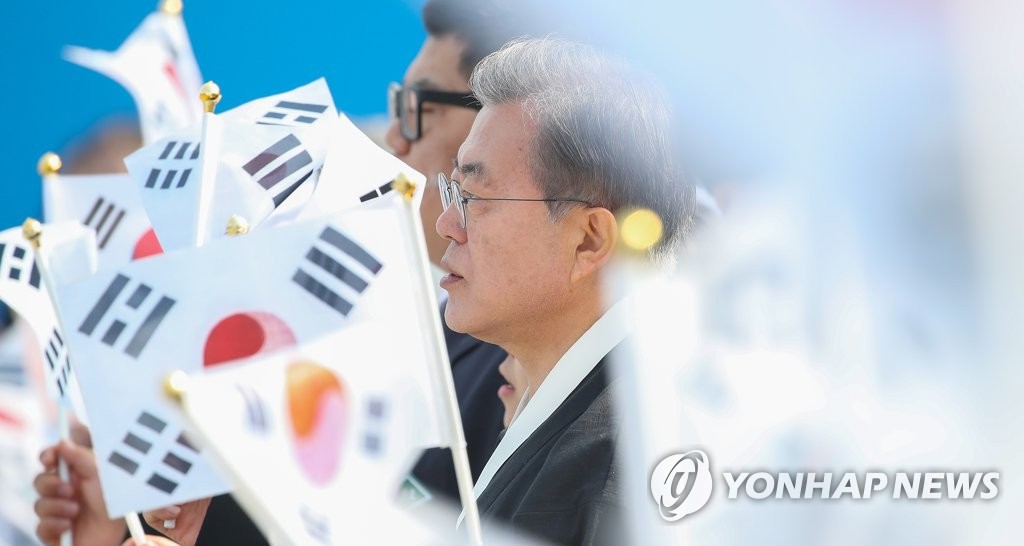