SEOUL, Dec. 13 (Yonhap) -- South Korea and the United States will hold a new round of negotiations in Seoul next week on the sharing of the cost for stationing American troops here, the foreign ministry said Friday, amid few signs of either side giving ground.

Seoul's chief negotiator Jeong Eun-bo and his U.S. counterpart James DeHart are set to meet on Tuesday and Wednesday over how much Seoul should pay for the upkeep of the 28,500-strong U.S. Forces Korea (USFK). They last met in Washington early this month.

The allies have been striving to conclude negotiations on the cost-sharing deal, called the Special Measures Agreement (SMA), by the end of this year, when the current one-year accord expires.

But their talks could slide into the next year as they still remain far apart over the amount of Seoul's financial contributions and what should be covered by a new SMA. 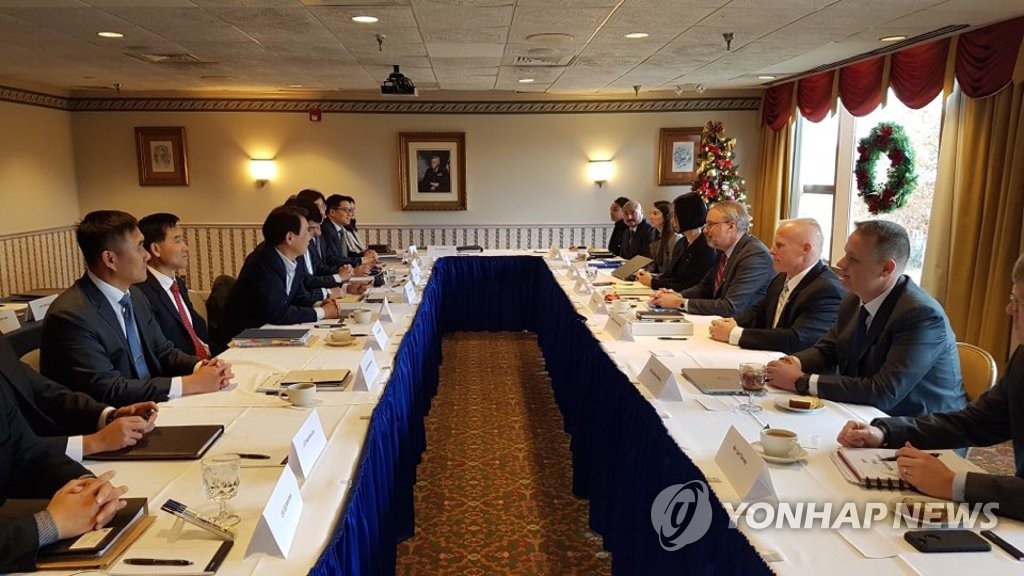 The major bone of contention is Seoul's share of the cost.

The U.S. has reportedly demanded a fivefold increase in Seoul's payments to US$5 billion next year to cover expenses related to the allies' combined military exercises and support for USFK troops' families. Under this year's SMA, Seoul agreed to pay about $870 million.

Both sides have stressed their commitment to reaching a "fair and equitable" deal. But their interpretations of it seem to differ.

Seoul has insisted that the negotiations should proceed strictly within the SMA framework, which calls for Seoul to pay partial costs for Korean employees in USFK installations, the construction of some military facilities and logistical support.

But Washington apparently seeks to expand the scope of the SMA or stretch its limits to create a new SMA clause to cover costs that have not been included in the decadeslong cost-sharing accord.

Observers argue that Seoul could strengthen its hands in the negotiations by highlighting its role in furthering the alliance.

After a National Security Council session, the presidential office Cheong Wa Dae said that security officials reviewed ways to contribute to international efforts for maritime security in the vicinity of the Strait of Hormuz.

The move came amid Washington's push to form a military coalition to safeguard shipping lanes in the strategically vital Strait of Hormuz off Iran.

Seoul could also use its plan to conduct the costly work to decontaminate four returned U.S. military bases as a bargaining chip, some observers said. The clean-up process is estimated to cost about 110 billion won (US$92 million).

But some analysts voiced concerns that linking such unrelated issues to the defense cost-sharing talks could undercut Seoul's rationale that the negotiations should be conducted within the confines of the SMA.