SEOUL, Dec. 13 (Yonhap) -- In the upcoming comedy film "Start-up," Taek-il, a rebellious teenage boy played by Park Jung-min, keeps enduring blows from his mother, a former volleyball player, and Geo-seok, a gangster-turned-cook at a Chinese restaurant where he works as a delivery boy.

His thoughtless words and reckless behavior are immediately chided and even castigated by big punches from the two adults. As the movie continues, the adrenalin-dominated, freewheeling teen learns the real world and how to take care of others.

"Taek-il resembles me a lot in characteristics," Park Jung-min said during an interview with Yonhap News Agency on Friday. "I was not a good student when I was a teenager. I wanted to be a hot-shot guy and tried to break away from school. And now I'm still there." 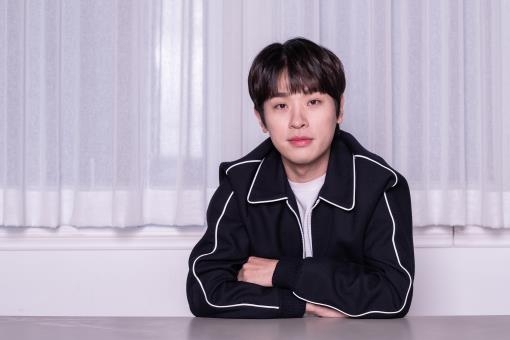 Since making an impressive debut with the critically acclaimed indie film "Bleak Night" in 2011, Park has carved out his presence as a method acting master showing off chameleon-like transformations.

He played a genius piano player who suffers from savant syndrome in comedy-drama "Keys to the Heart" (2018) and a cryptic car mechanic in mystery thriller "Svaha: The Sixth Finger" (2019).

Now, he has chosen the role of a troublemaking but lovable and tender boy who hates school and his family, which he thinks restricts his future, in the film "Start-up" based on a webtoon of the same title.

"In the original cartoon, Taek-il is more wicked than the character in the movie," he said. "But in the film, we have to show the growth of this teenage boy in about two hours. My Taek-il is more lovely and endearing from the beginning."

For the character, he tried to relax and deliver a spontaneous and unflattering performance throughout the movie.

"For other genre films like 'Svaha,' I had to be deeply immersed in the character and imagine every detail of his gestures and tones. I had to hide myself," he said. "But this time, I just stood in front of the camera and acted freely and naturally as Park Jung-min."

During the filming of "Start-up," he said he felt he was hanging out with friends and colleagues and discussed ways to make the story funnier with little stress.

"I'm not good at making jokes and getting laughs. It's up to Ma Dong-seok," he said, laughing. "Our movie shows the synergy created by the naturalness and chemistry of all the characters."

Ma, playing the cook with bobbed hair and a pink T-shirt, is at the center of the humorous and comical scenes in the film. So Park did not worry about portraying a teenage boy even though he is a 32-year-old man, he added. His candid and unaffected acting helped him perfectly fit the character, while his younger-looking appearance also played a role.

"I was concerned about that before production. But I didn't look bad when I checked footage of myself during the film. So I was relieved," he said. "In the beginning, I tried to apply some gestures and accents of a teen boy, but those made me look even older. So I gave up."

Now, Park, who has stayed on the cinematic scene for three years, is seeking the right timing to turn his eyes to the small screen. He starred in tvN's black comedy drama "Entourage" in 2016.

"I've scarcely experienced TV dramas throughout my acting career. So I have to spend a lot of time to make a choice," he said. "I've been looking for the right project that suits me best. I always have the intention to do a TV series." 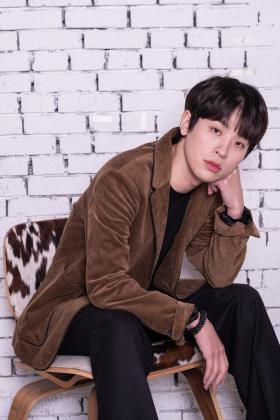