The first crash occurred at about 4:40 a.m., when some 10 vehicles, including cargo trucks, collided on a highway en route to Youngcheon, North Gyeongsang Province, 301 kilometers south of Seoul. 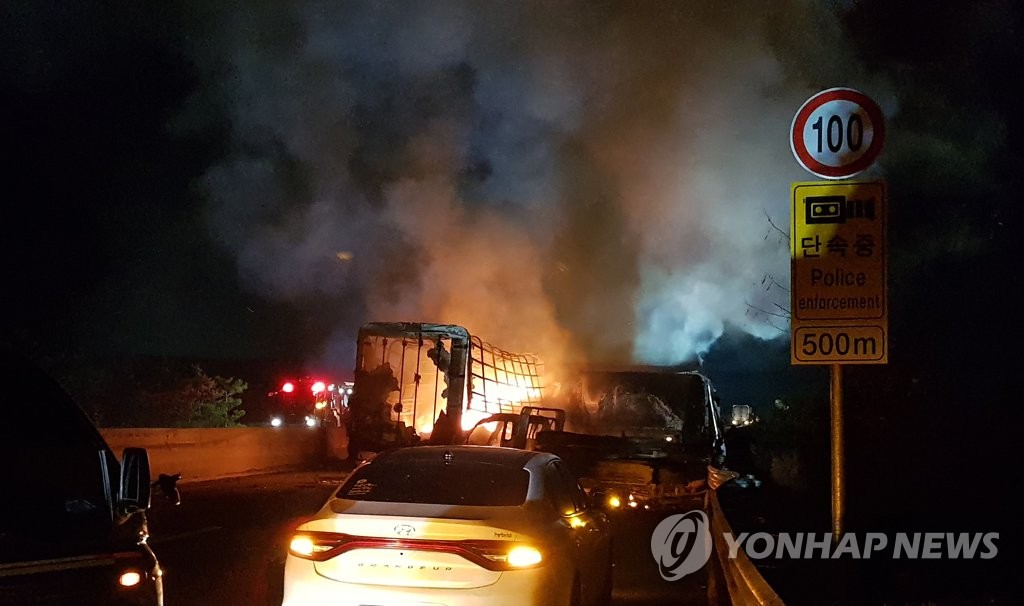 Four people died and eight others were wounded, according to the police.

Firefighters put out the flames in several vehicles in about two hours, they said.

Another collision happened around the same time, on the opposite lane of the same highway involving about 20 vehicles, the authorities said.

One person was killed and 17 others were wounded.

The police and firefighters pointed to black ice as the most likely cause of the crashes. The officials are investigating the scene to find out more details, they said. 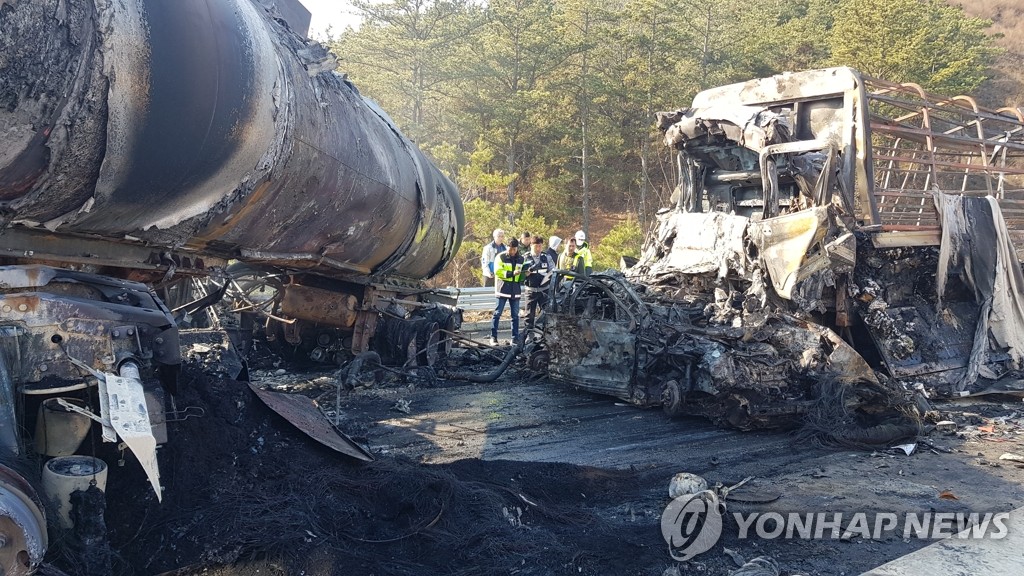