The ruling Democratic Party (DP) and the main opposition Liberty Korea Party (LKP) have been mired in a political fight over the handling of contentious bills, including those on reforming the state prosecutors' office and expanding proportional representation in electing lawmakers. 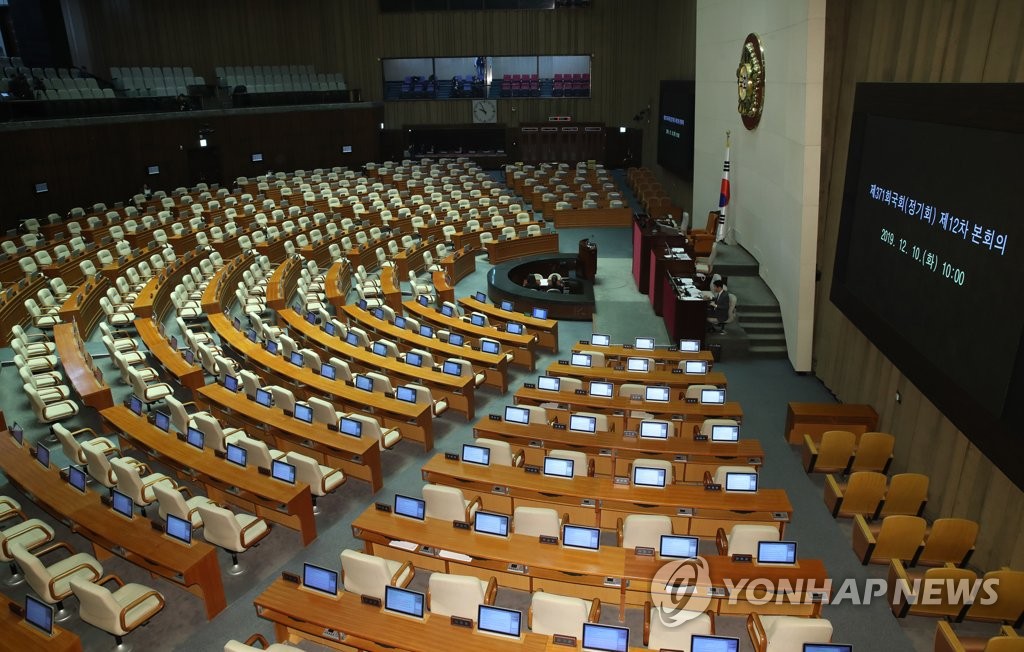 After the three biggest parties, the DP, LKP and Bareunmirae, failed to strike a deal on revising the budget, the DP formed the so-called four-plus-one consultative body -- a group of lawmakers from the DP and four minor opposition parties excluding the LKP -- to push ahead with the budget bills and has been discussing plans for the contentious bills.

On Sunday, however, the ruling party announced that the consultative body failed to reach an agreement.

The ruling party will begin a new round of negotiations with the LKP and Bareunmirae as well as the four-plus-one consultative body on Monday, he added.

The DP also criticized the LKP's continued opposition to the contentious bills, taking issue with the LKP's street protest held over the weekend.

"The era of (LKP) leader Hwang Kyo-ahn's 'main opposition party dictatorship' should come to an end. The LKP has declared the de-facto death of the politics of conversation and compromise," DP floor leader Lee In-young said in a press briefing. 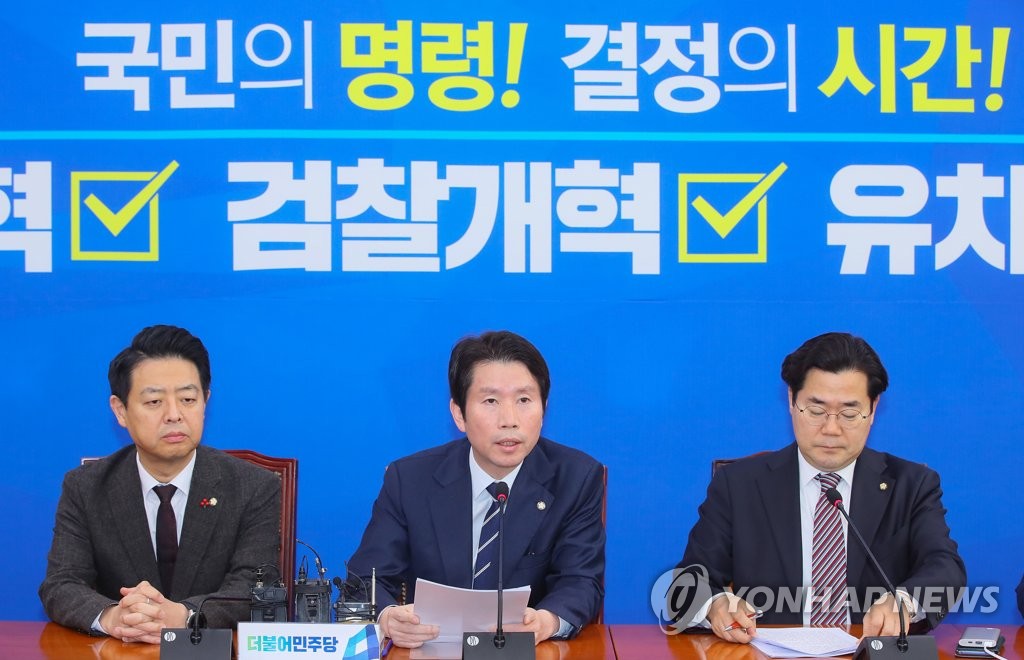 The LKP, in turn, held a press briefing where it denounced the four-plus-one group's passage of the 512.3 trillion won (US$437.1 billion) budget bill last week.

LKP leader Hwang Kyo-ahn claimed the vote, in which the LKP did not take part, was "illegitimately handled to win tickets ahead of (next year's elections)" and warned against handling the contentious bills.

The DP had aimed to put the contested bills on the table on Monday, the deadline National Assembly Speaker Moon Hee-sang had set for the parties to reach a consensus. 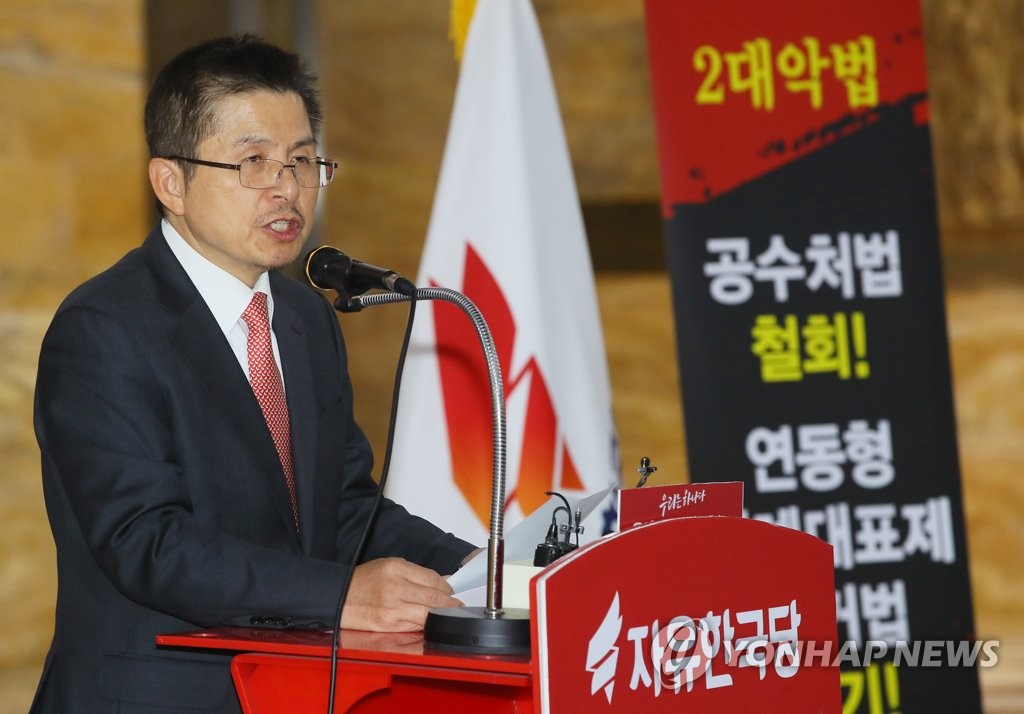