According to the Hollywood Reporter and other entertainment news media, the Academy of Motion Picture Arts and Sciences (AMPAS) revealed the list of 10 contenders for the category, previously called the best foreign language film, out of 91 films.

The nine other films on the shortlist were "The Painted Bird" by Vaclav Marhoul from Czech Republic, "Truth and Justice" by Tanel Toom from Estonia, "Les Miserables" by Ladj Ly from France, "Those Who Remained" by Barnabas Toth from Hungary, "Honeyland" co-directed by Tamara Kotevska and Ljubomir Stefanov from North Macedonia, "Corpus Christi" by Jan Komasa from Poland, "Beanpole" by Kantemir Balagov from Russia, "Atlantics" Mati Diop from Senegal and "Pain and Glory" by Pedro Almodovar from Spain.

For the non-English-language movie category, a country submits a single film as their official representative, and the movies vie for five nominations. "Parasite" was selected as South Korea's entry to the best international feature film category in August.

"Parasite" was also included in the 15-film shortlist of the original song category. "A Glass of Soju," lyrics by Bong Joon-ho, will vie for the final nominations with "Speechless" from "Aladdin," "Into The Unknown" from "Frozen II" and "Spirit" from "The Lion King."

The final five nominees of each section will be announced on Jan. 13 along with the full nominations for the other categories, and the ceremony is scheduled for Feb. 9 at the Dolby Theatre in Los Angeles. Mexican director Alfonso Cuaron's "Roma" won the title this year. 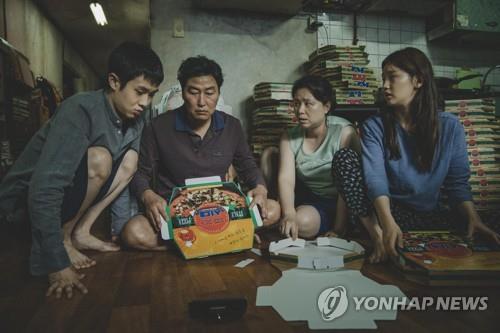 It is the second time that a South Korea-produced movie has made it to the 10-film shortlist, following Lee Chang-dong's "Burning" last year. But Lee's mystery drama failed to be included in the final of the 91st Oscars.

For the 92nd Academy Awards, however, "Parasite" is widely considered to be the strongest challenger for best international feature film on a stack of trophies that the movie has collected since May, when it won Cannes' highest prize, the Palme d'Or.

It has been nominated in three categories, including best director, for the Golden Globe Awards slated for Jan. 5.

For the Academy Awards, it has emerged as a candidate for best picture, best director and best screenplay along with Quentin Tarantino's "Once Upon a Time in Hollywood," Todd Phillips' "Joker" and Martin Scorsese's "The Irishman."

The film is a family satire that depicts the entrenched social class system through the lives of two families, one rich and one poor, with Bong's trademark humor and suspense. 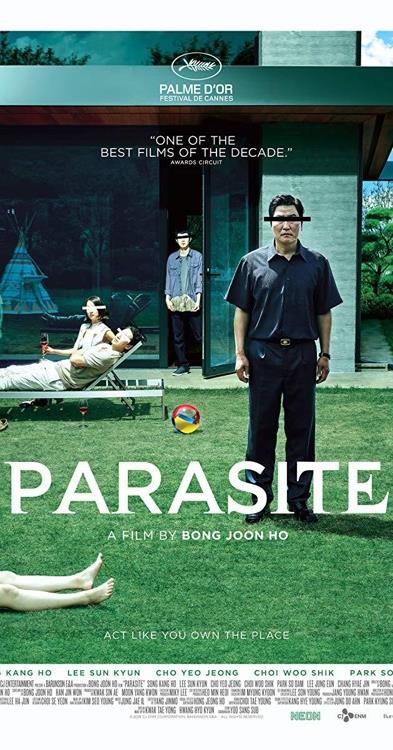