(ATTN: UPDATES with conclusion of questioning in paras 3-4)

Cho appeared at the Seoul Eastern District Prosecutors Office on Monday morning to attend the questioning, the first time he had been called in regarding the bribery case.

The session ran from 10 a.m. to 9:40 p.m. An official at the prosecution office said Cho spent an hour and 20 minutes reading the investigation report on his case.

The official added that Cho gave "relatively detailed" testimony and did not exercise his right to remain silent. Cho will be questioned again at a later date. Prosecutors are prohibited by law from disclosing specifics of Cho's statements or the exact schedule for his next questioning.

Cho was the head of the presidential office's civil affairs division that oversaw a special inspection of the vice mayor's bribery allegations.

Yoo Jae-soo, Busan's former vice mayor of economic affairs, was recently indicted for allegedly receiving bribes worth 49.5 million won (US$42,224) during his term at the state financial regulator.

While he was under surveillance by Cheong Wa Dae's special inspection team in 2017, he avoided punishment for an unknown reason and became Busan's vice mayor in 2018.

The string of developments raised suspicions that some Cheong Wa Dae officials may have engaged in a cover-up of the bribery case.

Prosecutors were expected to question Cho on whether there were external requests to end the inspection and to what extent he was aware of Yoo's bribery charges.

Cho, who faces separate probes related to alleged financial irregularities and education controversies involving his family, had refused to testify in previous questionings linked to his family.

Monday's questioning was the latest in the ongoing probe over the bribery case that appeared to be zeroing in on the former justice minister who stepped down from the post in October.

Earlier this month, prosecutors also executed a court-issued search warrant at Cheong Wa Dae in connection with the bribery case. 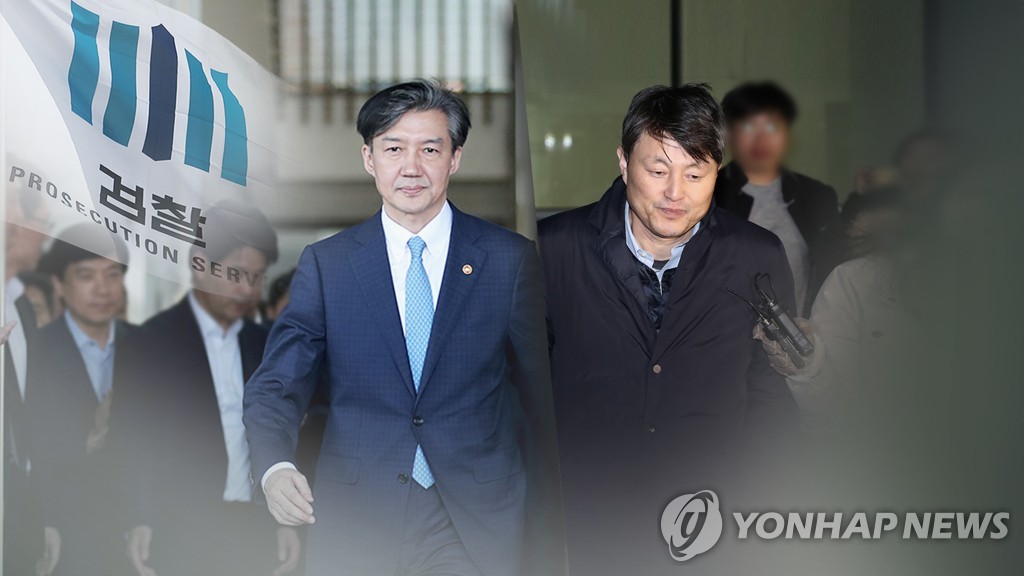