SEOUL, Dec. 16 (Yonhap) -- President Moon Jae-in appointed a prosecutor-turned-lawyer as his new secretary for anti-corruption Monday, as state prosecutors are looking into allegations that Cheong Wa Dae is involved in influence-peddling scandals.

The pick of Lee Myung-shin working at the Kim & Chang law firm based in Seoul followed the resignation of Park Hyoung-chul from the post.

Park quit his Cheong Wa Dae job recently, facing state prosecutors' probe into the alleged cover-up of a 2017 internal inspection into Yoo Jae-soo, known for close relations with the president, in connection with a bribery case when he was working at the state financial regulator.

Yoo later became vice mayor of Busan for economic affairs and was arrested for allegedly receiving kickbacks from local business figures during his stint at the Financial Services Commission.

Separately, Park was also under a probe for his role behind a suspicion that Cheong Wa Dae had intervened in the Ulsan mayor election last year to help Song Cheol-ho of the ruling Democratic Party, a longtime friend of Moon, against then Mayor Kim Gi-hyeon of the main opposition Liberty Korea Party.

The new secretary, meanwhile, served as a judge at the Seoul Central District Court in 2000 and state prosecutor from 2005 till 2018. 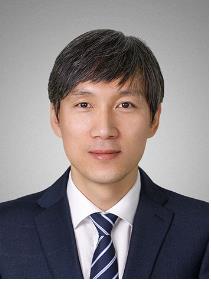