WASHINGTON, Dec. 16 (Yonhap) -- A new survey of South Koreans shows that the majority of the population supports the country's alliance with the United States, but rejects U.S. demands for a sharp increase in its contribution to shared defense costs, the pollster said Monday.

The Chicago Council on Global Affairs conducted the survey from Dec. 9 to 11, the first time an American think tank has polled South Koreans on the contentious issue of how to share the costs of keeping 28,500 American troops stationed in that country.

According to the poll, 92 percent of those surveyed said they support the bilateral alliance. Two-thirds (63 percent) said the alliance benefited both countries, with 26 percent saying it primarily benefited the U.S. and 8 percent viewing South Korea as the primary beneficiary. 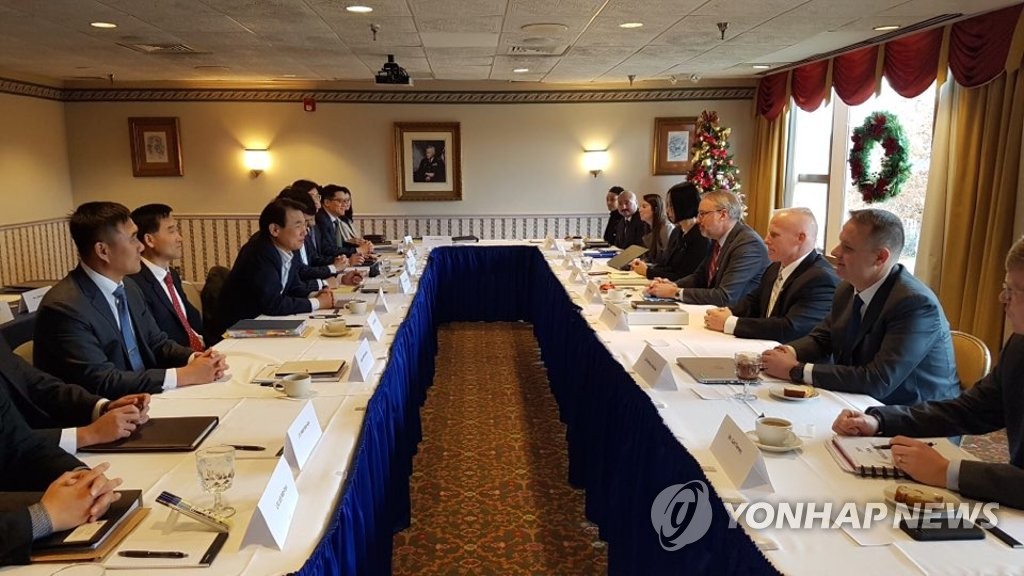 A majority (74 percent) said they support the long-term U.S. troop presence in South Korea, with 87 percent saying the troops contribute to South Korea's national security either a great deal (47 percent) or a fair amount (40 percent).

However, many South Koreans held a negative view of Washington's reported demand for a fivefold increase in Seoul's contribution to shared defense costs next year.

About a quarter (26 percent) said South Korea should refuse to pay.

In the event that the two sides fail to reach an agreement, about half (54 percent) said the alliance should be maintained, but with a reduction in U.S. troops.

The results of the survey come a day before South Korean and U.S. officials are due to meet in Seoul for a fifth round of talks on renewing the cost-sharing agreement. The current deal expires at the end of the year.

The survey, which was funded by a grant from the Korea Foundation, was conducted in South Korea by mobile and landline phones among a representative national sample of 1,000 adults age 19 and over.

The margin of error was 3.1 percentage points at the 95 percent confidence level.