(ATTN: UPDATES with details from 5th para)
By Lee Haye-ah

WASHINGTON, Dec. 16 (Yonhap) -- U.S. President Donald Trump said Monday that he would be disappointed if something was "in the works" in North Korea and that the United States is watching the regime closely.

Tensions between the two nations have escalated ahead of a year-end deadline set by the North, after which the regime has hinted at resuming nuclear or long-range missile tests. 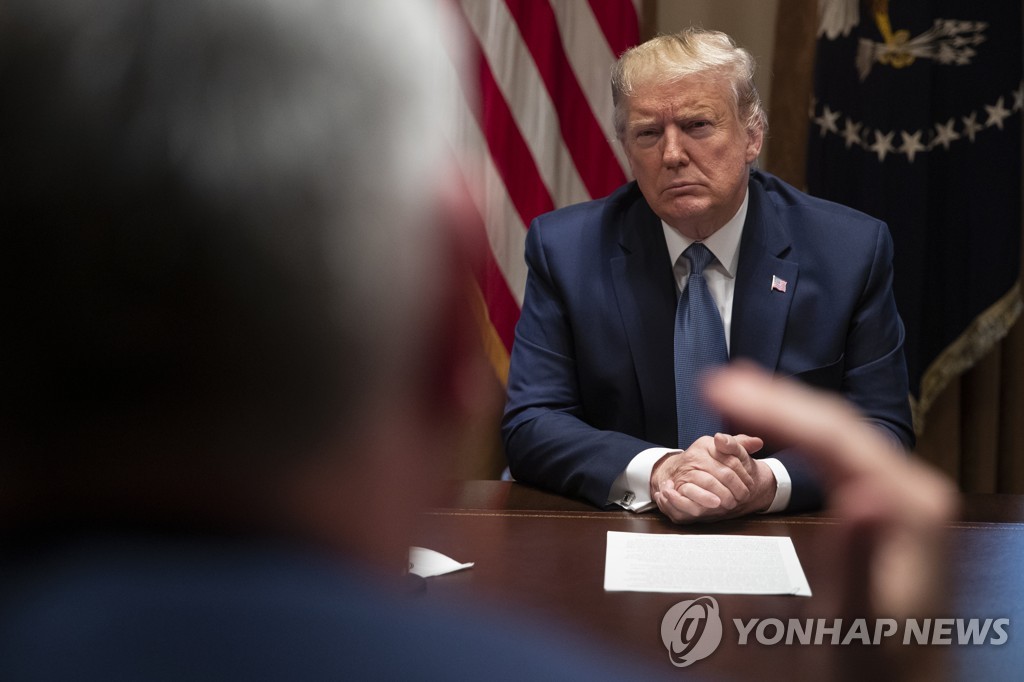 Trump's comments come after North Korea on Friday carried out a second presumed engine test in less than a week at its Sohae satellite launching facility.

"I'd be disappointed if something would be in the works, and if it is, we'll take care of it," Trump told reporters at a meeting with governors at the White House. "We're watching it very closely."

Trump's envoy for negotiations with North Korea, Stephen Biegun, has been in Seoul since Sunday and on Monday he publicly offered to meet with the North Koreans during his stay.

"It is time for us to do our jobs," Biegun said while speaking to reporters. "Let's get this done. We are here and you know how to reach us."

Trump has had three meetings with North Korean leader Kim Jong-un since June 2018 to try to reach a deal on dismantling the country's nuclear weapons program in exchange for U.S. sanctions relief and security assurances.

The leaders agreed at the first summit in Singapore to work toward complete denuclearization of the Korean Peninsula but progress has been scant amid Pyongyang's demands for concessions along the way.

Some experts have raised concerns that North Korea will test-launch an intercontinental ballistic missile unless its demands are met by the year-end deadline.

"We are fully aware of the strong potential for North Korea to conduct major provocations in the days ahead," he said. "To say the least, such an action will be most unhelpful in achieving the lasting peace on the Korean Peninsula."