SEOUL, Dec. 17 (Yonhap) -- North Korean leader Kim Jong-un has visited the mausoleum in Pyongyang where his late father's body is enshrined to commemorate the eighth anniversary of his death, the North's state media said Tuesday.

Kim paid tribute to his deceased father and former North Korean leader, Kim Jong-il, at the Kumsusan Palace of the Sun where the bodies of late Kim and the country's founder, Kim Il-sung, lie in state, according to the Korean Central News Agency (KCNA).

Kim Jong-il died in 2011 after ruling the communist nation for 17 years following the death of his father and national founder, Kim Il-sung, in 1994. Current leader Kim Jong-un, the third son of the late leader, took over the North in another hereditary succession of power.

During his visit, Kim "made deep bows in token of the highest respect to him who dedicated himself to ... achieving the prosperity of all generations to come, making selfless and devoted efforts for the country and its people," KCNA said.

The North's leader was accompanied by key party officials, including members of the Presidium of the Political Bureau of the ruling party's central committee, Choe Ryong-hae and Pak Pong-ju, the report said. 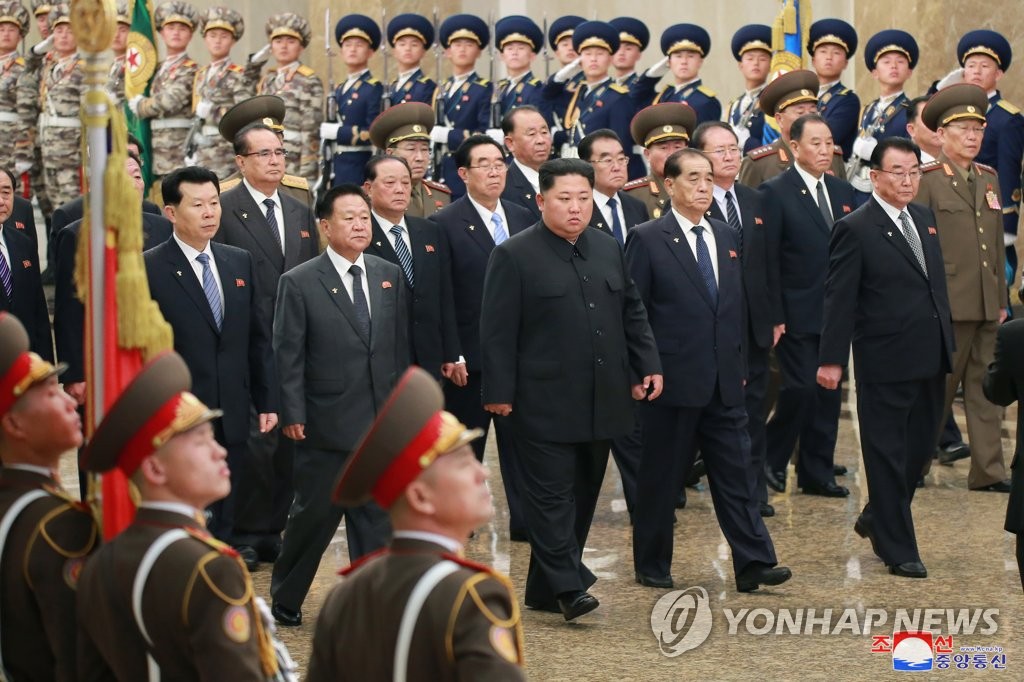 North Korean media outlets have been stirring up a commemorative mood to mark the anniversary, carrying a series of reports lauding the former leader in an apparent effort to bolster internal unity.

The North's main newspaper, the Rodong Sinmun, said in an editorial that one of the most important achievements by Kim Jong-il was the strengthening of the country's military.

"Thanks to the leader, we have ... an invincible, strong military that is equipped with modern means of attack and defense," it said.

The South Korean government earlier said no signs indicating preparations for a major event were detected in North Korea on the eve of the anniversary. North Korea usually marks an important national holiday with bigger events on every fifth or 10th anniversary.

Kim's visit came amid heightened tensions on the Korean Peninsula with the North threatening to seek a "new path," but the KCNA report did not carry any message from Kim related to the nuclear talks.

Pyongyang has been pressuring Washington to come up with a new proposal by the year-end to move the negotiations forward, hinting that it would otherwise resume major provocations, including a long-range missile launch.

On Monday, U.S. Special envoy for North Korea Stephen Biegun urged Pyongyang to come back to the negotiating table, rejecting the deadline set by the North. 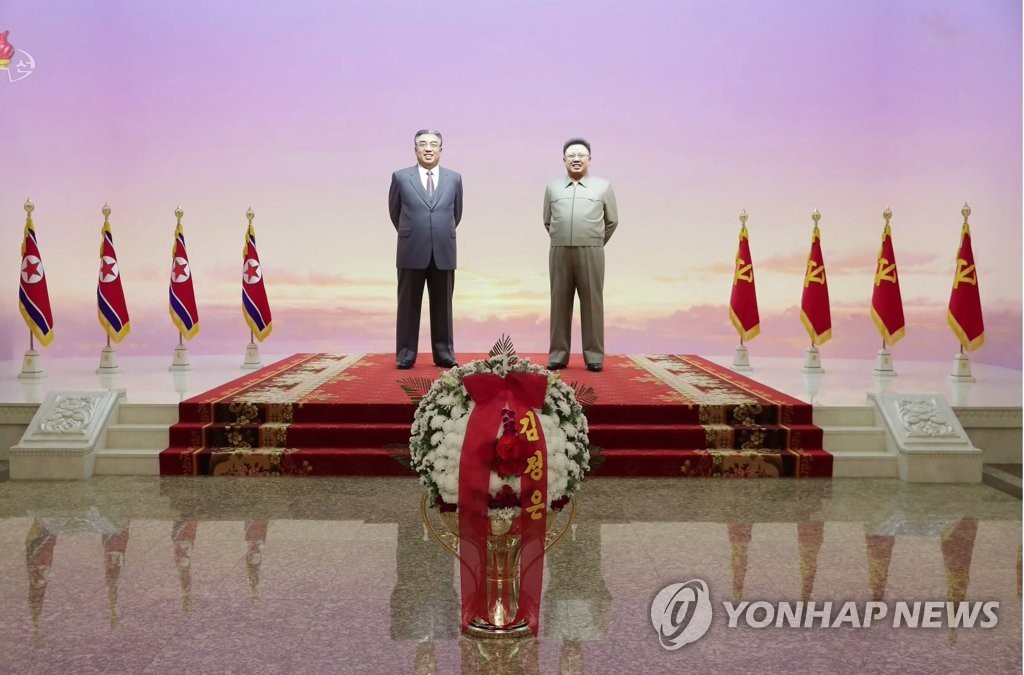