Lee met with U.N. High Commissioner for Human Rights Michelle Bachelet, and had separate talks with Kelly Clements, deputy U.N. high commissioner for refugees, on the margins of the Global Refugees Forum on Monday (Geneva time), the ministry said in a release.

During the talks with Bachelet, Lee pledged South Korea's active role as an incoming member of the U.N. Human Rights Council next year to contribute to overcoming the challenges in global human rights situations. 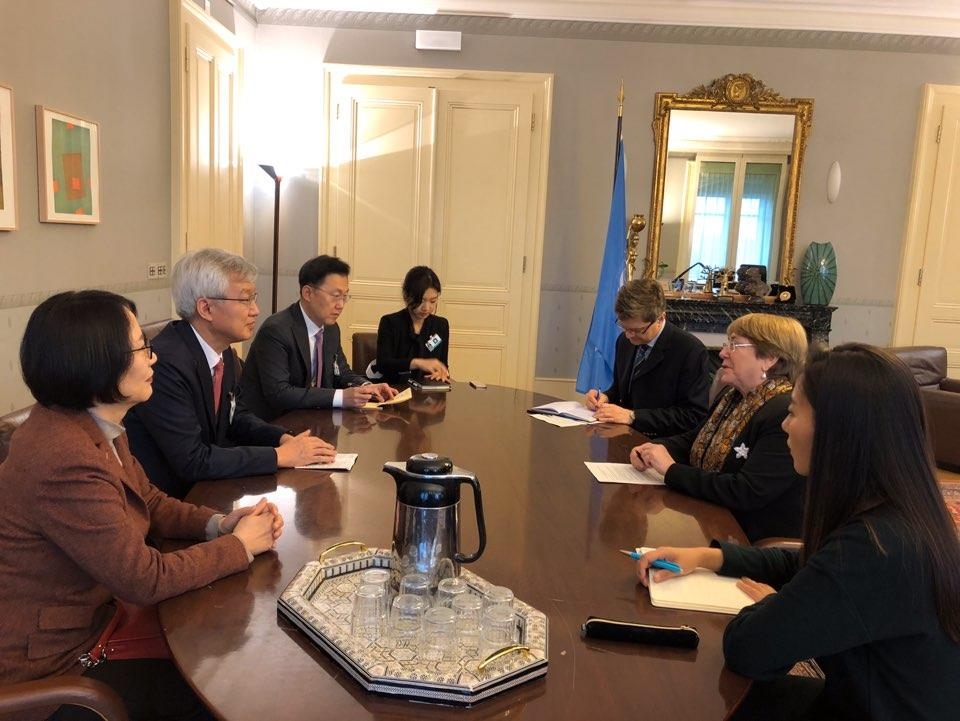 Bachelet, a former president of Chile, assumed the current post at the U.N. in September last year.

Lee, in particular, explained to Bachelet the Seoul government's key initiative for women empowerment and peace and called for continued U.N. support for the campaign.

The two sides agreed to closely work together to make progress for the South Korea-led U.N. resolution on linking new and emerging technologies with human rights, the ministry said.

In the meeting with Clements, the vice minister explored ways to enhance South Korea's cooperation in efforts to improve the refugee situation around the world.

Clements, in response, appreciated South Korea's increased humanitarian aid for refugees over the past years and expressed hope for Seoul's continued support and contribution in the future.

According to foreign ministry data, South Korea was the second-biggest donor in refugee support as of end-2018, with its cumulative contribution standing at US$73.7 million. 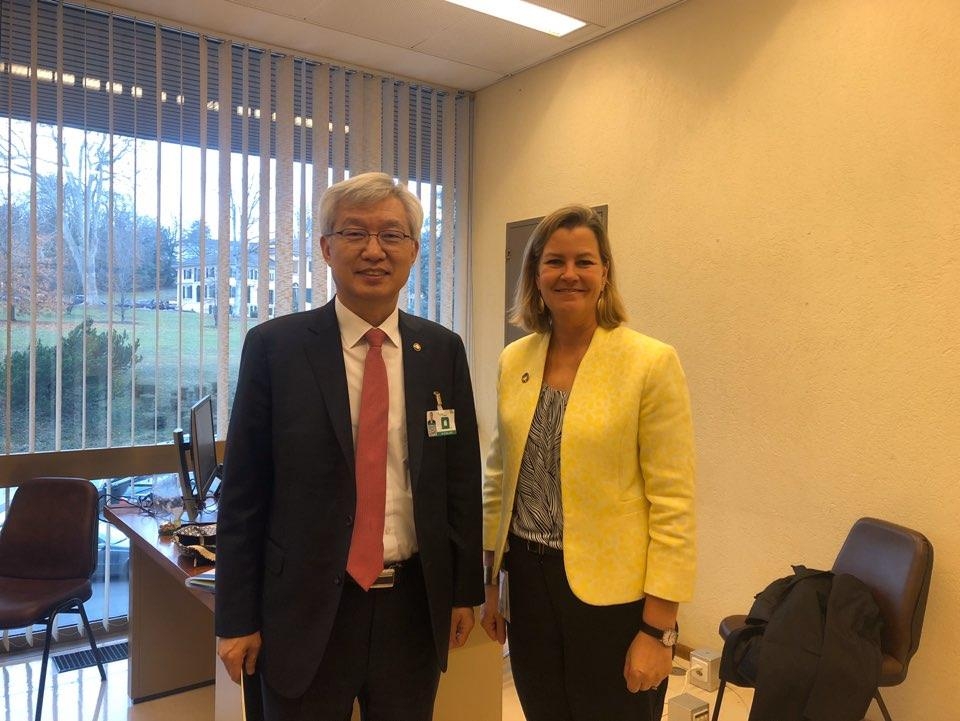