SEOUL, Dec. 17 (Yonhap) -- "Map of the Soul: Persona," the latest album by K-pop boy band BTS, has been certified "Gold" by the French recording industry.

Breaking the news, the National Syndicate of Phonographic Publishing said in its official website and social media account on Monday that the BTS album has sold 50,000 equivalent copies.

For the achievement, the album was certified "Or," the French word for Gold, the association said, adding a message, "Bravo!"

The BTS album was certified Silver by the British Phonographic Industry in June after selling more than 60,000 copies in the market. 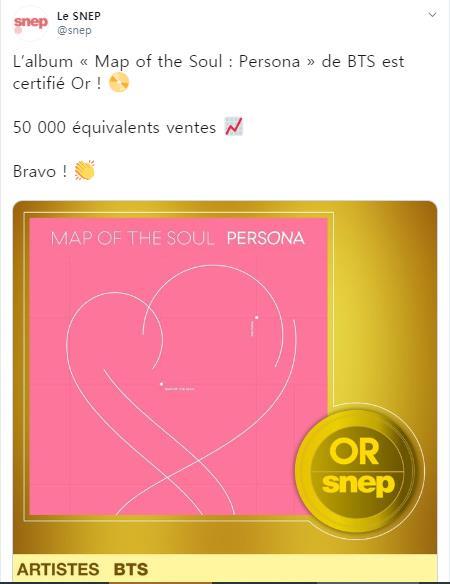 BTS' 'Map of the Soul' album certified gold in France

BTS' 'Map of the Soul' album certified gold in France