If appointed after a parliamentary confirmation hearing, Chung will be South Korea's first prime minister who served as a National Assembly speaker.

He's known for experience and expertise in economic affairs, having worked at a local conglomerate for 17 years ahead of his career as a politician. He was an executive at Ssangyong Group in the early 1990s.

Moon's choice reflects his strong push for revitalizing the economy in the latter half of his single five-year presidency.

The president also needs a figure who can help Cheong Wa Dae's efforts to reach out to opposition parties amid ferocious partisan strife. 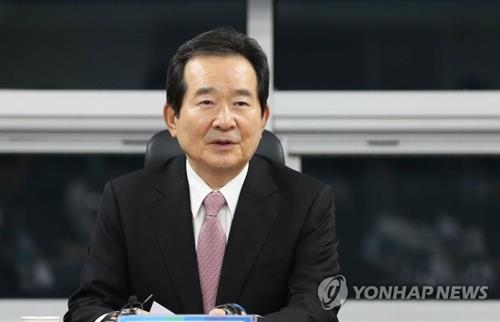 Moon made the announcement at the Chunchugwan press center of the presidential compound, as he did for the pick of the outgoing prime minister, Lee Nak-yon, two and a half years earlier.

The president stressed that his government has endeavored to reform the outdated system of South Korean society to open a new era.

He pointed out the policy priority of fostering an "innovative, inclusive and fair" economy.

"What matters most to this end is to unite the people's power as one through integration and harmony and pull off accomplishments in terms of the people's living and economy so that they can actually feel changes," Moon said.

In that sense, Chung is the "right person" to meet such a demand of the times, he added. 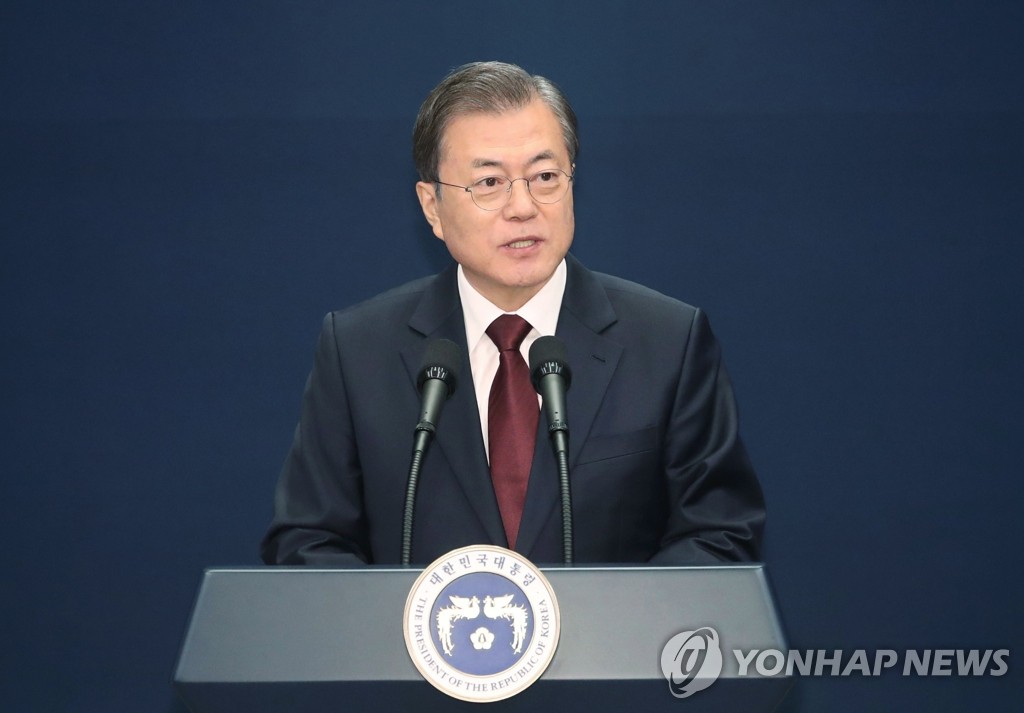 But critics have voiced concern about the possible negative impact to the principle of separation of powers from the planned installation of a former parliamentary leader to the top administrative position.

Chung led the National Assembly operation not that long before: for two years through the end of May 2018.

Having entered political circles in 1995, Chung was elected as a lawmaker the following year. He assumed many key posts in what's now the ruling Democratic Party (DP).

He served as minister of commerce, industry and energy between 2006 and 2007.

Chung earned a master's degree from the Wagner School of Public Service at New York University in 1985 and received a Master of Business Administration degree at Pepperdine University in 1990. He was working at Ssangyong's business units in the United States at the time. In 2004, he received a Ph.D. in business management from Kyung Hee University in Seoul.

"I feel a heavy responsibility for being nominated as prime minister, particularly when the nation is faced with internal and external difficulties. I'll concentrate on economic recovery and national unity and strive to make the government helpful to the people," Chung said in a news conference at the National Assembly.

"I had previously thought of aiming for my third parliamentary election in Seoul's Jongno district but accepted the nomination as prime minister after dialogue with many people and self-reflection in order to serve the people," he said, also vowing to strengthen communication with opposition parties to pursue "politics of harmony and integration."

The DP praised Chung as the right person to integrate the power of the nation.

"Chung's nomination is welcomed as he is the right person who can promote national unity in the face of important tasks in the economy and public livelihood. His abundant experience as a six-term lawmaker and National Assembly speaker and political capabilities are expected to help unite the nation as one and improve the people's livelihood," DP spokesperson Lee Jae-jung said in a statement.

"Chung has also been recognized for his mild personality and ability to attain harmony through dialogue and compromise, as well as for expertise in real economy," the statement said, asking opposition parties for cooperation in his upcoming confirmation hearing.

But the main opposition Liberty Korea Party (LKP) denounced Chung's nomination as a declaration of a "dictatorial" intention to destroy the separation of the legislative, judicial and administrative branches and "enslave" the parliament.

"It's a disgrace to the 70-year history of the Republic of Korea's Constitution. It's an act of violence committed by the Moon Jae-in government in disregard of the basic order of the state," LKP spokesperson Jun Hee-kyung said in a commentary.

"The Constitution clearly stipulates the separation of the three power branches. But Moon picked a former National Assembly chief as his prime minister, and Chung accepted the nomination. The two persons have acted disgracefully by ignoring the concept of democracy. It is a dictatorship by the president," Jun said, urging the president to immediately cancel his nomination of Chung.