Kang made the remarks at the foreign ministerial gathering of the 14th Asia-Europe Meeting (ASEM) in Madrid this week, amid concerns that rising nationalism, trade protectionism and anti-globalization sentiment could erode the world's multinational cooperation efforts.

"Minister Kang underscored that only through open multilateralism, the world can effectively respond to international challenges, including climate change," the foreign ministry here said in a press release.

"In this regard, the minister called for action and solidarity among ASEM members and said that South Korea will actively contribute to promoting the power and relevance of norms-based multilateralism," it added.

Under the main theme of "Asia and Europe: Together for effective multilateralism," the biennial ASEM session took place from Sunday through Monday. It was attended by representatives of more than 50 member countries and multinational organizations, including the Association of Southeast Asian Nations.

At the ASEM meeting, Kang also explained Seoul's efforts to implement the Paris Agreement, a landmark deal in the global fight against climate change.

On the sidelines of the ASEM gathering, Kang held bilateral talks with her counterparts from Romania, Kazakhstan and Bulgaria.

During her talks with Romanian Foreign Minister Bogdan Lucian Aurescu, Kang called for the two countries to work together to help expand South Korean businesses' participation in Romania's large construction projects and explore ways for cooperation in the nuclear reactor sector.

Aurescu voiced hope that South Korean firms will expand investment in Romania, and that they can participate in his country's construction projects with technology and experience.

Kang and Bulgarian Minister Ekaterina Zaharieva also held separate talks and hoped that the people of their countries can deepen friendship through various events designed to mark the 30th anniversary next year of the establishment of bilateral relations. 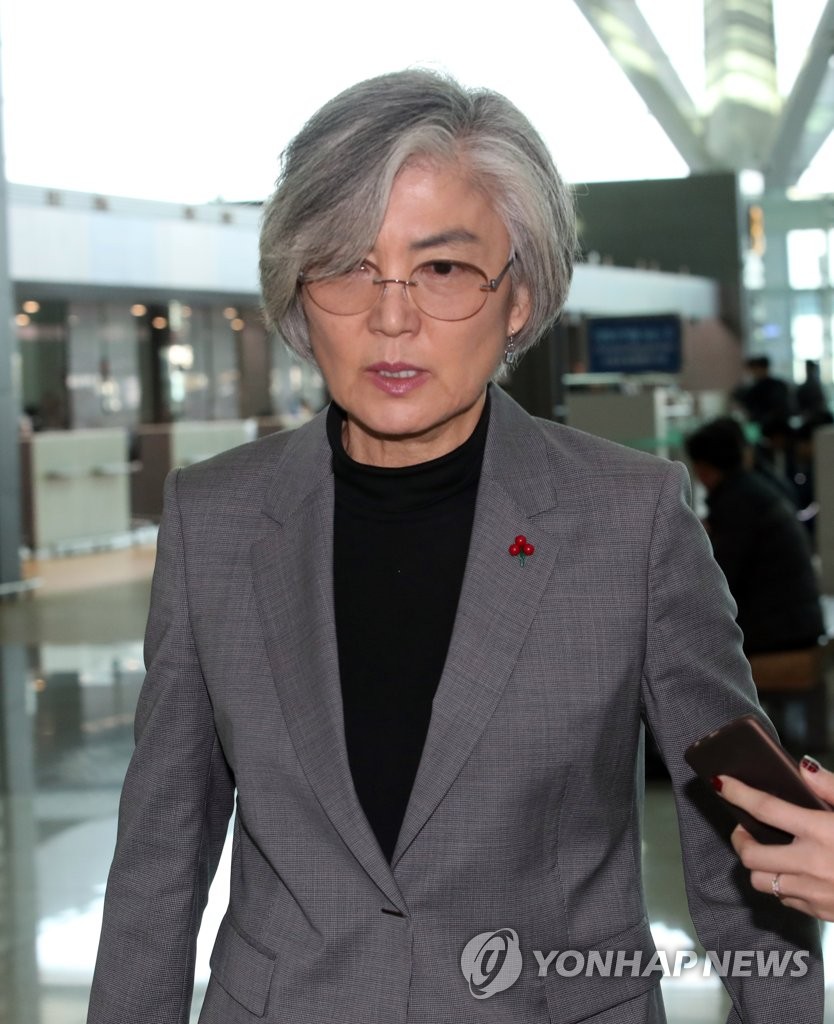