Lee, who has become the longest-serving prime minister in South Korea, is expected to play a role in helping the ruling Democratic Party (DP) win the April 15 elections and may eye the next presidential election after solidifying his position in the party, analysts said. 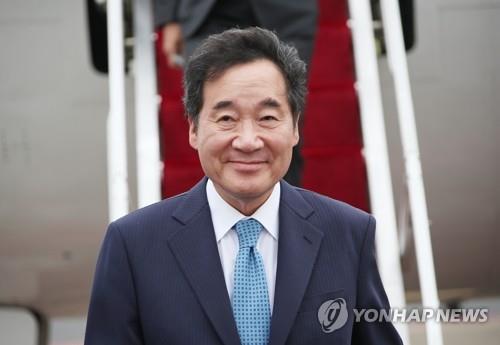 It has been widely anticipated that Lee, 66, would resume his political career if his successor were named before the parliamentary elections.

"For me, it is very regrettable that Lee will leave the Cabinet, but I think it is right to let him pursue a political career as he has received extensive trust from the people," President Moon told a press briefing after announcing Chung's nomination.

Since his appointment in May 2017, Lee, a former journalist and four-term lawmaker, has helped Moon steer state affairs well into the second half of his five-year presidency.

"There is a consensus that Lee needs to return to the party and play a role in the general election. But nothing has been decided on the details," an aide to Lee said.

Lee refrained from making comments Tuesday when asked by reporters about his future career path.

Speculation is rising that he may run in a district of the Jongno ward in central Seoul for next year's elections. Chung, who was elected in the constituency in 2016, has also sought the candidacy for the upcoming elections.

Some expect that Lee may spearhead the DP's election preparation panel and get a proportional representation seat.

Whether Lee could run for a constituency seat hinges on a parliamentary confirmation hearing for Chung.

If Chung is not approved by the National Assembly by Jan. 16, it will be difficult for Lee to run for direct election in the April polls.

The date is the deadline by which public officials must resign if they want to run in a district for next year's elections.

Experts said Lee will focus on cementing his stance in the DP, as a lack of support in the party is cited as his main weakness.

He is the leader in one opinion poll of the best candidates from the ruling bloc for the next presidential elections. But Lee is also viewed as lacking a powerful political image.

In a recent interview with a local newspaper, Lee cited earning trust from the people and securing a strong following as prerequisites for becoming a key leading politician.

"As for the former, I think I am relatively on course, but in terms of the latter, it is still uncertain," Lee said.

On Oct. 28, Lee became the longest-serving prime minister since the country adopted direct presidential elections in 1987.

He was lauded for his stable and balanced management of the Cabinet.

Lee has also played a role in expanding diplomacy. He held talks with Japan's Prime Minister Shinzo Abe in Tokyo in late October in an effort to mend frayed ties over trade and historical issues. 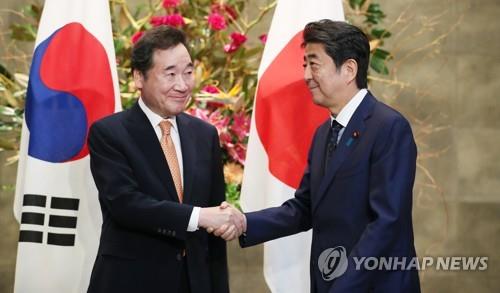