Helvey, currently the principal deputy assistant secretary of defense for Indo-Pacific security affairs, will serve in an acting capacity as the top Pentagon official for the region pending the nomination of a new assistant secretary, the official told Yonhap News Agency on condition of anonymity.

The Pentagon announced Schriver's departure last week, saying the past two years in an intense role have taken a toll on his family and he is looking to move on to another position. 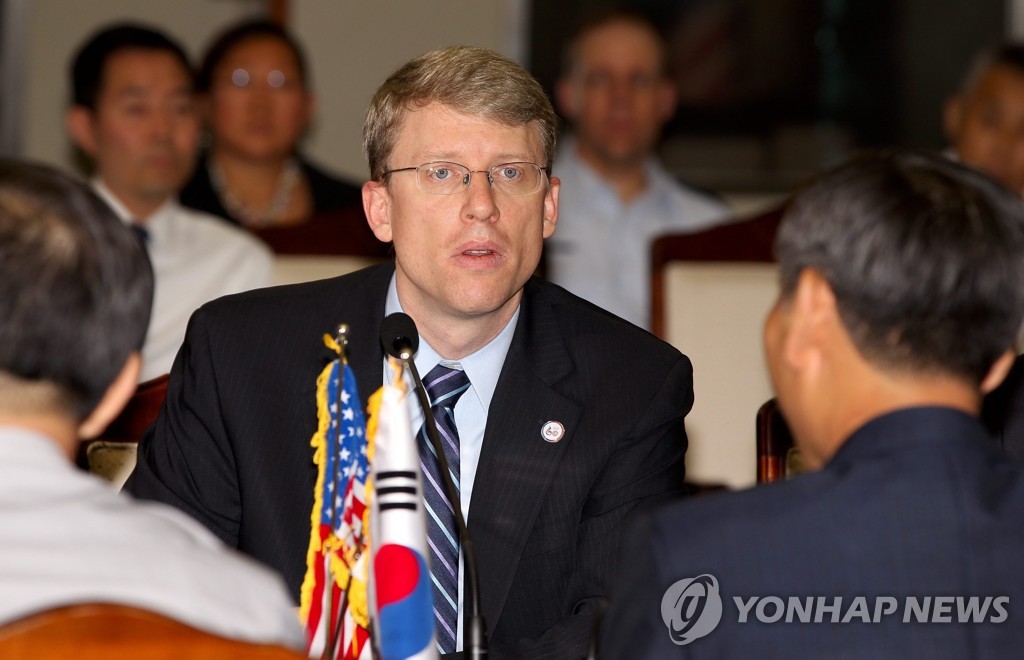 The official said he does not expect the vacancy to be formally filled any time soon, and that the administration is "not in a huge rush," given that Helvey is "equally intelligent" as Schriver and has prior experience on the issues.

Speaking at a public forum in October, Helvey called on South Korea to renew its military intelligence-sharing pact with Japan, citing the importance of trilateral security cooperation in the face of regional threats.

Meanwhile, negotiations between Seoul and Washington have continued to renew their cost-sharing agreement for the upkeep of 28,500 American troops stationed in South Korea.

Helvey to fill in as top Pentagon official for East Asia

Helvey to fill in as top Pentagon official for East Asia