WASHINGTON, Dec. 17 (Yonhap) -- North Korea could test a long-range missile as an unwanted "Christmas gift" to the United States, a top U.S. Air Force general was quoted as saying Tuesday, while warning of all military options in response.

U.S. Pacific Air Forces Commander Gen. Charles Brown made the remark in a breakfast roundtable in Washington as tensions have escalated ahead of North Korea's year-end deadline for nuclear negotiations with the U.S.

"What I would expect is some type of long-range ballistic missile would be the gift," he told reporters, according to The Hill, referring to Pyongyang's threat of a "Christmas gift" short of concessions from Washington. 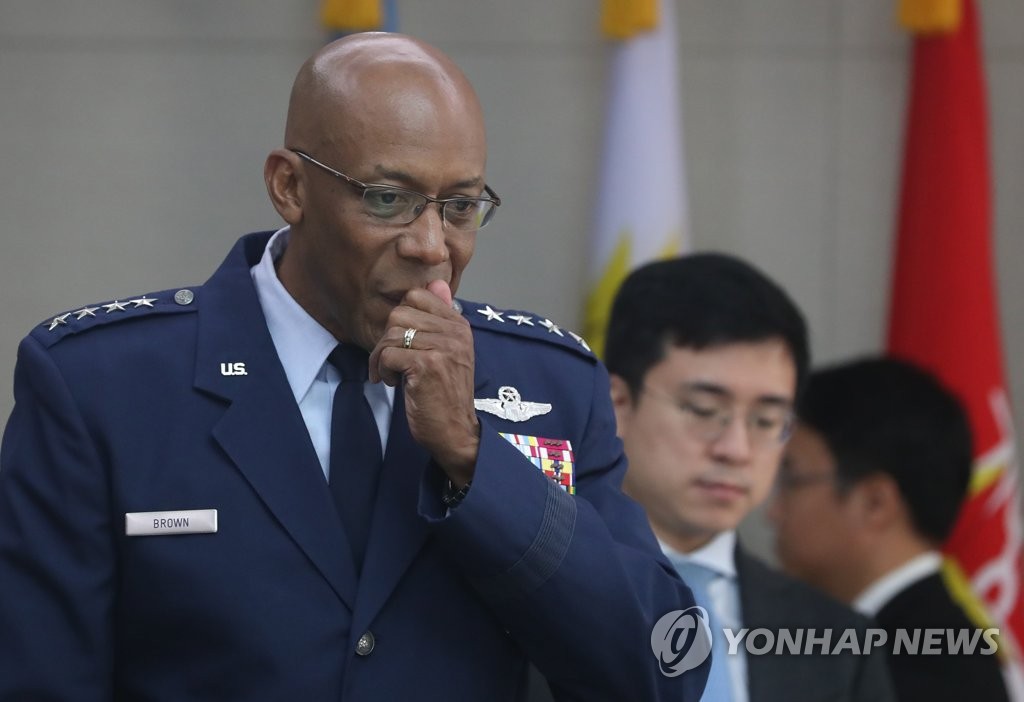 Experts have raised concerns the North will resume tests of nuclear weapons and intercontinental ballistic missiles, which it suspended in the wake of Washington's diplomatic engagement with Pyongyang last year.

In recent days, North Korea announced two presumed rocket engine tests at its Sohae satellite launch facility as a likely way to pressure the U.S. to offer concessions in their stalled denuclearization talks.

Brown said the U.S. military is preparing to respond to any North Korean provocation by reviewing the options it looked at when tensions between the sides soared in 2017.

"Our job is to backstop the diplomatic efforts," he said, according to The Hill. "And if the diplomatic efforts kind of fall apart, we've got to be ready, and I can't be studying the problem. And that's the thing, we're already thinking ahead. Go back to 2017, there's a lot of stuff we did in 2017 that we can dust off pretty quickly and be ready to use."

According to U.S. media outlet Military.com, Brown did not rule out the use of B-1 or B-2 strategic bombers to respond to any North Korean test.

"We're going through all the complete options," he was quoted as saying in response to a question about the bombers. "My job is to write this military advice and then our leadership will determine which levers they want to pull."

Brown said the U.S. did fly bombers near North Korea in 2017 when the regime tested ballistic missiles, including those capable of reaching the U.S. mainland.

"After Pyongyang tested ballistic missiles in 2017, U.S. bombers and stealth fighters paired up with South Korean fighter jets to fly near North Korea," he said, according to Voice of America. "We are looking at all the things we've done in the past."

The general left open the possibility that North Korea will refrain from provocations, saying there is a "range of things" the regime could do.

"I think there's also the possibility that the self-imposed moratorium (on long-range tests) may go away and nothing happens right away," he was quoted as saying. "(North Korean leader Kim Jong-un) announces it but then doesn't shoot."

But Brown pointed to a pattern in North Korea's behavior, saying that "the rhetoric precedes activity, which precedes a launch."

Bloomberg reported that the general added it is "tough to say" whether North Korea's recent activity indicates it may launch a missile from a road-mobile or fixed site.