(ATTN: UPDATES with quote and details in paras 3-5, 8-10; ADDS photo and byline)
By Kim Kwang-tae

The new system allows bank customers to use any mobile banking application of their choosing to access their bank accounts at any local bank and to withdraw or transfer their savings from any bank account, according to the Financial Services Commission. 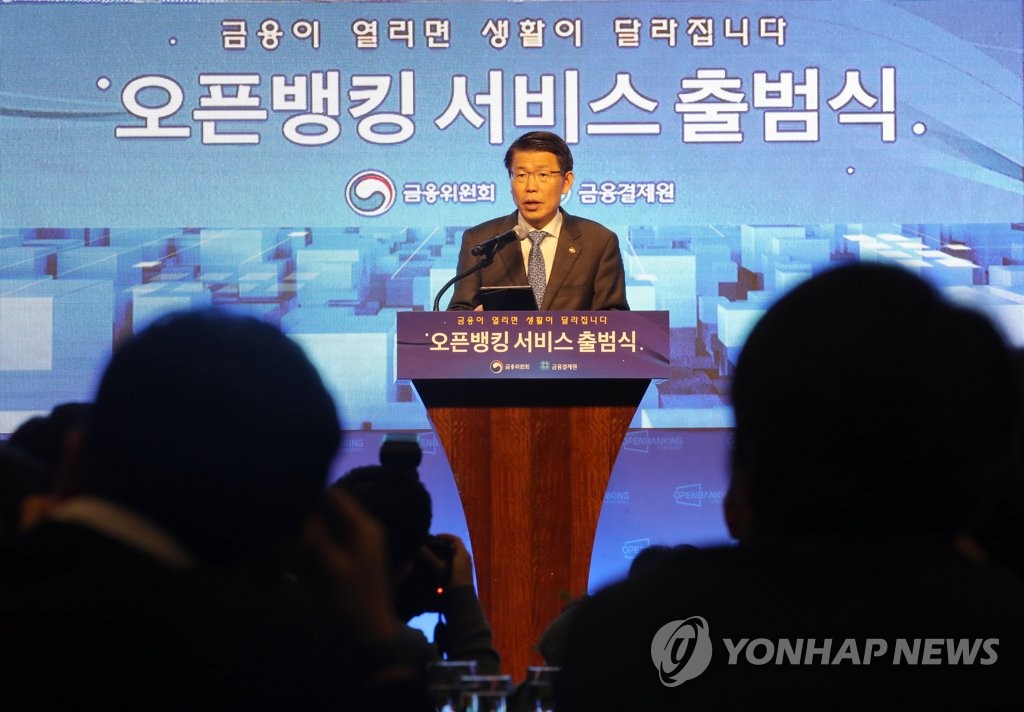 "The open banking will serve as a catalyst for various innovations in our financial markets," Financial Services Commission Chairman Eun Sung-soo said in a ceremony at a Seoul hotel.

Viva Republica is the operator of popular financial service app Toss, and its consortium won preliminary approval for a new internet-only bank earlier this week.

The banks completely open their payment system to fintech firms as well, further enhancing convenience and lowering the cost of financial transactions for their customers.

The commission said open access to the payment system, along with the banks' joint access to accounts, will significantly lower transaction costs to only about 10 percent of the current costs.

More than 3.1 million people registered 7.73 million open banking accounts during a trial operation that began on Oct. 30 and ended Dec. 17, according to the commission.

Citibank Korea, the South Korean unit of Citigroup Inc., and Kakao Bank, South Korea's largest internet-only bank, are set to join the new service in the first half of next year.

Eun said the financial authorities will consider expanding the open banking service to non-banking financial institutions such as savings banks. 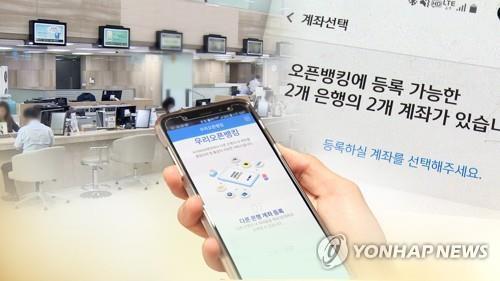