SEOUL, Dec. 18 (Yonhap) -- South Korea held a ceremony on Wednesday to enshrine 630 sets of recently unearthed remains of troops killed during the 1950-53 Korean War, vowing to strive until the last remains are returned to loved ones.

The war remains were discovered during the excavation work held in frontline and rear areas between March and November. They include around 260 sets discovered on the Arrowhead Ridge inside the Demilitarized Zone (DMZ).

Of them, only eight were identified and returned to their families.

"After the ceremony, the other remains will be sent to the ministry's identification laboratory for analysis," the defense ministry said, vowing to come up with various measures for identification.

Next year, the ministry vowed to further expand the excavation project inside the DMZ.

"We will try to encourage North Korea to join an excavation project, and have been working on related measures to launch a joint project at any time," the ministry said.

Last year, the two Koreas pledged to carry out joint excavation work in April on the ridge, one of the fiercest battlefields during the war, where about 300 soldiers from South Korea, the United States and France are believed to be buried.

But the project was conducted by the South Korean military alone, as Pyongyang has remained mum.

During the three-year conflict, 178,569 South Korean and U.N. soldiers were killed, and 42,769 others still remain missing.

Seoul's excavation work began in 2000 when it marked the 50th anniversary of the outbreak of the war. Since then, it has discovered more than 10,000 sets of remains, with around 124,000 bodies yet to be retrieved, according to government data. 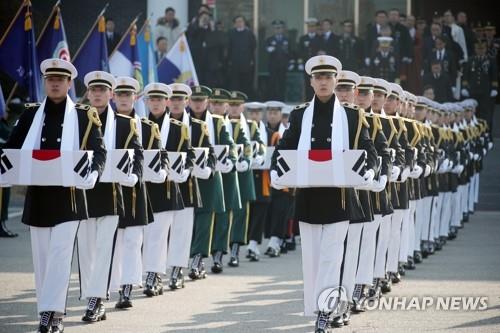