Jeju Air will take over a 51.17-percent stake in Eastar Jet for 69.5 billion won (US$60 million) and sign a share purchase agreement with Eastar Holdings within this year, the company said in a statement.

"The acquisition is aimed at realizing economies of scale, gaining a bigger market share and strengthening the company's competitiveness in global markets," a company spokeswoman said. 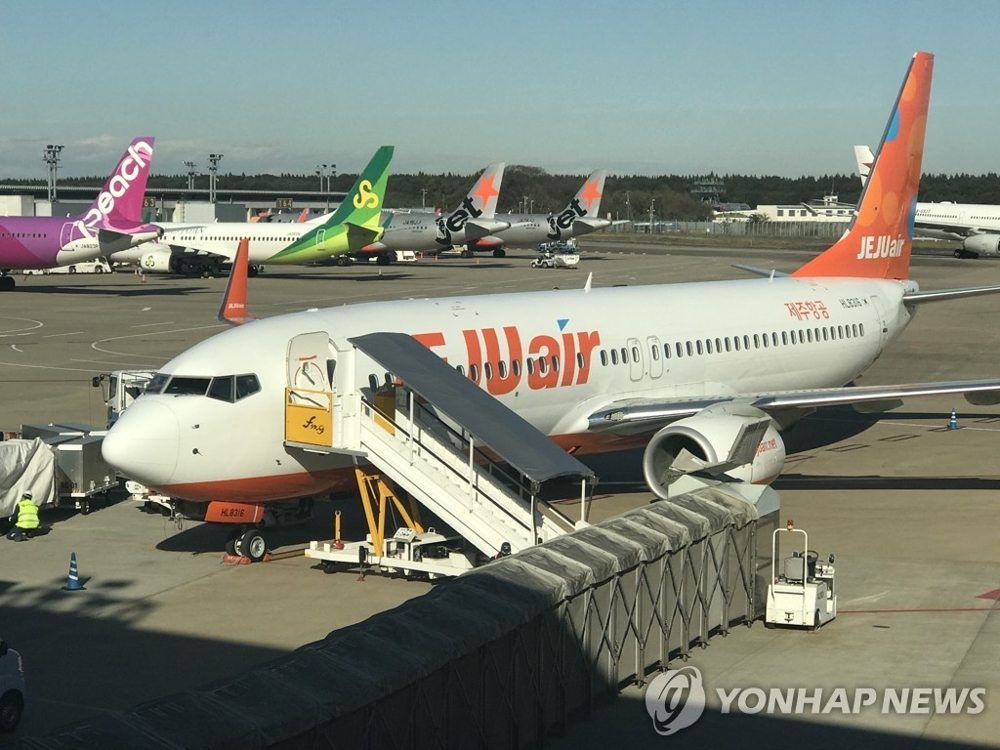 "With the acquisition, Jeju Air will be better positioned to compete with rivals helped by expanded fleet and routes. If the airline industry makes a turnaround in terms of business cycle, Jeju Air will benefit from having more planes and routes," Kim Young-ho, an analyst at Samsung Securities Co., said over the phone.

Kim expected local airlines will continue to suffer declines in earnings until the first half of 2020 due mainly to lower travel demand to Japan amid political tensions between Seoul and Tokyo over the latter's export curbs since July.

In the January-September period, Jeju Air swung to a net loss of 17.5 billion won from a net profit of 84.9 billion won a year earlier. Other local air carriers also posted poor earnings results.

Its net profit plunged to 3.9 billion won in 2018 from the previous year's 32.2 billion won due to political tensions between Seoul and Beijing over the deployment of an advanced U.S. missile defense system, called THAAD, in South Korea in 2017.

Eastar expects its earnings will fall further this year as it has suspended operation of two B737 MAXs delivered in December since March following two tragic accidents involving the plane.

In March, Boeing promised a fix would be in place "in the coming weeks" after a B737 MAX operated by Ethiopian Airlines plunged to the ground killing 346 people. The same type of plane flown by Indonesia's Lion Air crashed in October 2018, with everyone on board perishing.

Boeing said on Monday (local time) that it will temporarily suspend the production of the jets from January. It appears it will take some time for the U.S. company to get approval from the Federal Aviation Administration (FAA) for the plane to fly again.

Other local airlines that have signed contracts to add the B737 Max 8 to their fleets said they won't operate the controversial plane until safety matters have been definitively resolved.

Korean Air has ordered 30 B737 Max 8 planes, with six of them scheduled to arrive this year. T'way Air Co. expects four B737 Max 8s to be delivered within this year.

But Korean Air and T'way said the controversial planes won't be delivered until the FAA and the Seoul government give the green light for the plane to resume flights. 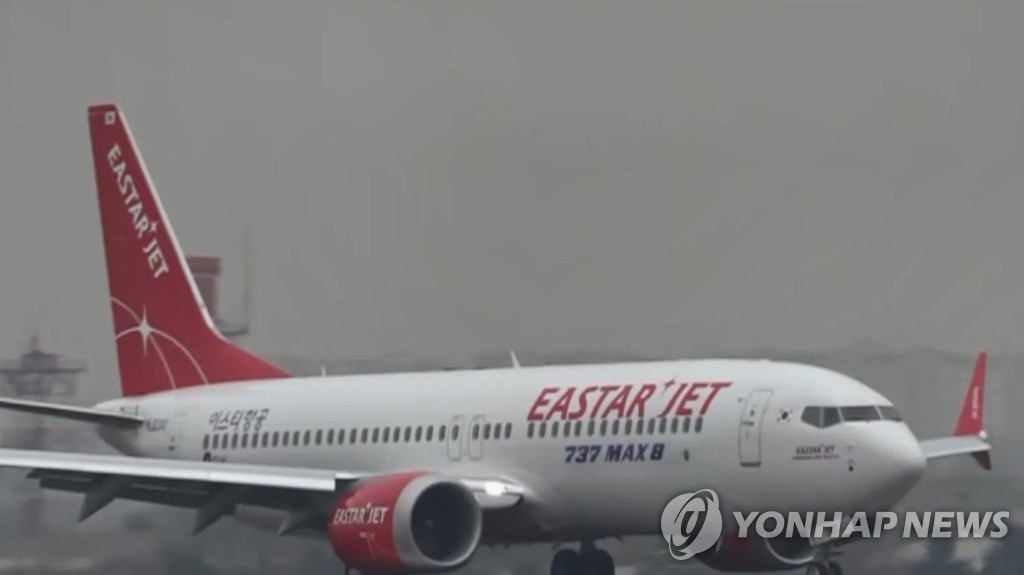 From January to September, Jeju Air shifted to a net loss of 17.5 billion won from a net profit of 84.9 billion won in the year-ago period.

The decline is mostly attributable to lower numbers of passengers on routes to Japan since July, when Tokyo tightened regulations on exports to South Korea of three high-tech materials crucial for the production of semiconductors and displays. In August, Japan officially removed South Korea from its list of countries given preferential treatment in trade procedures.

"A market-dominant player, like Jeju Air, will have an advantage (over smaller rivals) in the expanding local LCC market. But the number of LCCs in Korea is similar or higher than advanced countries and it does not guarantee profitability for players," Bang Min-jin, an analyst at Eugene Investment & Securities Co., said.

There should be some restructuring in the local LCC markets as was seen in developed markets such as the United States, Europe and Japan, she said.

The number of LCCs in the U.S. plunged to nine from 100, with Japan and China having eight and six budget carriers in operation, respectively, according to the brokerage.