SEOUL, Dec. 18 (Yonhap) -- Last-minute negotiations over a contentious electoral reform bill hit a snag Wednesday as the ruling party did not accept part of its smaller rivals' agreement on election rules.

The ruling Democratic Party (DP) and its four rivals have been in talks to produce a single deal over a bill to overhaul the election system that is now subject to a parliamentary fast-track process.

Earlier in the day, three minor parties and one fringe group reached a deal over a new proportional representation (PR) system and detailed operating rules for next year's general election. They wanted the DP to accept their deal to expedite the legislative process.

A key centerpiece of the electoral reform drive is adopting mixed-member proportional (MMP) representation, in which parliamentary seats are tied to the percentage of voters' support for parties.

The four smaller players agreed to accept the DP's demand to impose a cap on the number of PR seats that will be allotted under the MMP system.

The DP and its smaller rivals are now seeking to raise the number of PR posts to 50 from the current 47 while keeping total parliamentary seats at 300.

Wednesday's agreement showed that out of the proposed 50 slots, up to 30 seats will be distributed under MMP and this rule would be applied only for the April 15 general elections.

The four also decided to adopt a new election rule that allows a candidate to run for both a directly elected parliamentary seat and a PR slot. This would permit a candidate who loses an election by a thin margin to get a PR seat.

But the DP decided to call on its four rivals to reconsider the adoption of the latter.

The ruling party has raised concerns that the system could be misused to ensure parliamentary seats for multiple-term lawmakers.

Smaller parties are hoping to adopt MMP to increase their presence in South Korean politics as it is usually dominated by two main parties.

In April, the DP and the three smaller parties reached a tentative deal on an election reform bill. They designated it as fast-track legislation, along with proposals to reform the state prosecution, despite vehement opposition from the main opposition Liberty Korea Party (LKP). 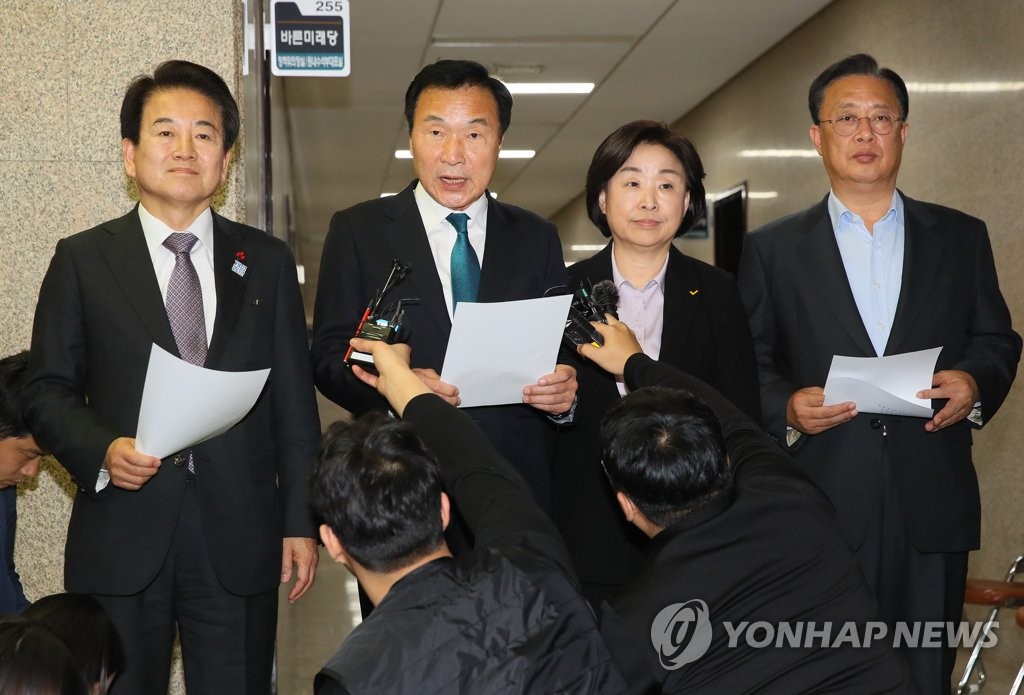