Cho appeared at the Seoul Eastern District Prosecutors Office Wednesday morning to attend the questioning, the second in the case following one on Monday.

The Wednesday questioning was largely expected as the prosecution had said they plan to call him in again according to a regulation that limits questionings from exceeding eight hours.

Cho was the head of the presidential office's civil affairs division that oversaw a special inspection of the vice mayor's bribery allegations.

Yoo Jae-soo, Busan's former vice mayor of economic affairs, was recently indicted for allegedly receiving bribes worth 49.5 million won (US$42,460) during his term at the state financial regulator.

While he was under surveillance by Cheong Wa Dae's special inspection team in 2017, he avoided punishment for an unknown reason and became Busan's vice mayor in 2018.

The string of developments raised suspicions that some Cheong Wa Dae officials may have engaged in a cover-up of the bribery case.

Following Monday's questioning, Cho claimed through his attorneys that "the ultimate political responsibility is on me," adding that he had faithfully attended the first questioning. 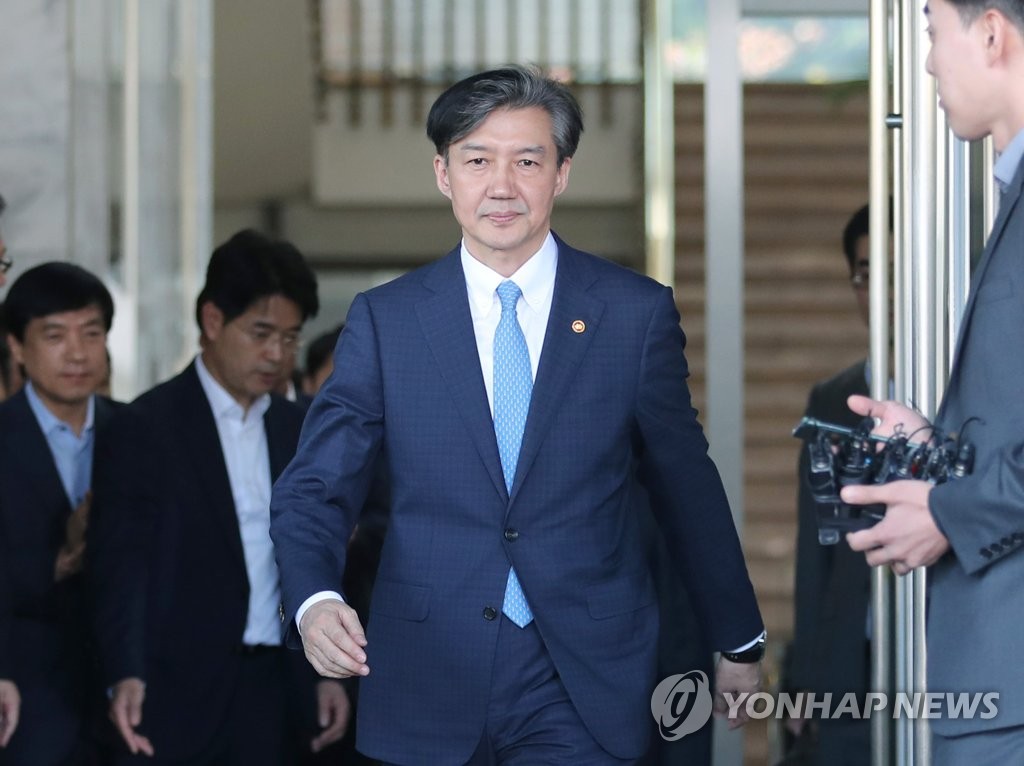