"Although we couldn't find safety issues or defects regarding our dryers, we decided to voluntarily recall the products in order to serve our customers sincerely," LG said in a statement.

The electronics maker said it will expand free services to repair the dryers. Previously, LG sent servicemen upon consumers' request, but now the company will contact consumers first and fix their dryers. 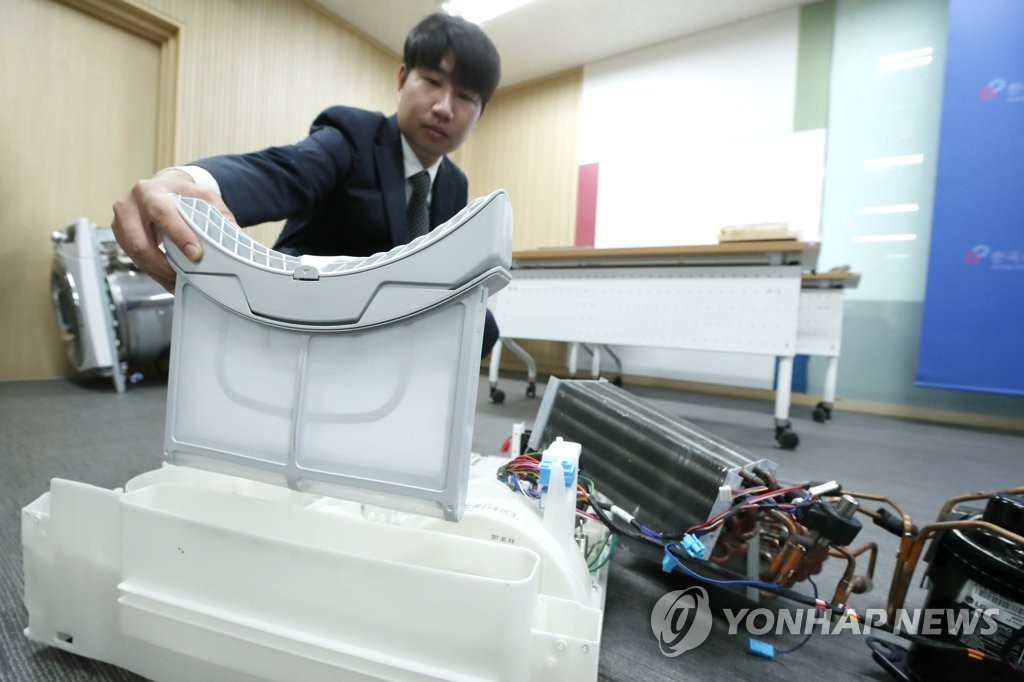 LG has been offering free repairs for its TROMM Dual Inverter Heatpump Dryers since August after accepting a recommendation from the Korea Consumer Agency (KCA).

The move came after a series of consumer complaints that too much lint and dust accumulated in the condenser, a part that removes humidity by circulating air inside the tumble dryer.

LG's clothes dryers have an automatic condenser cleaning system, meaning users don't have to clean the parts themselves.

Meanwhile, LG said it will not accept the KCA's proposal to pay 100,000 won (US$85) as compensation to each consumer who bought its dryers since the company is fully complying with its quality assurance program.