SEOUL, Dec. 18 (Yonhap) -- Former major league pitcher Ben Lively will be back in South Korea for another season.

The Samsung Lions of the Korea Baseball Organization (KBO) announced Wednesday that they've re-signed Lively to a one-year deal with a guaranteed salary of US$500,000 and a signing bonus of $200,000. The right-hander can make an additional $250,000 in incentives. 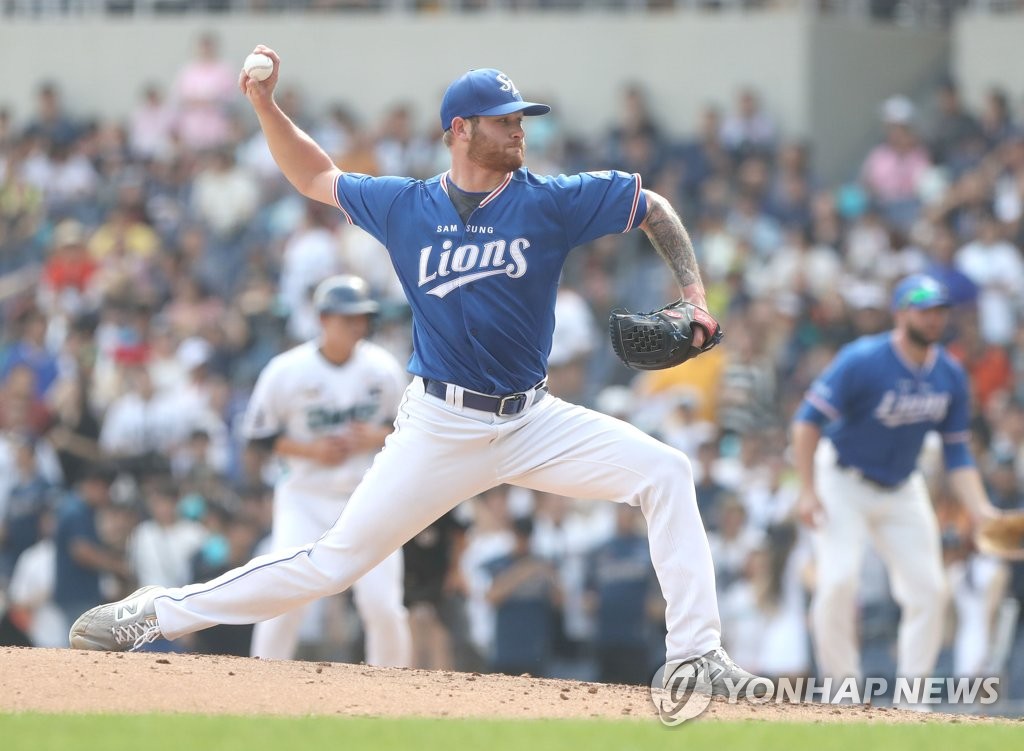 Lively, with 26 big league games to his credit, joined the Lions in August to replace Deck McGuire in the rotation. In nine starts, Lively went 4-4 with a 3.95 ERA, with 58 strikeouts in 57 innings.

The Lions said they liked Lively's ability to miss bats with his fastball and other complementary pitches, and they were looking forward to having him in their rotation for the full season.

KBO teams can sign up to three foreign players, with a maximum two pitchers, and the Lions were the only team to carry one import pitcher during the second half of last season, with Lively on the mound and Darin Ruf and Mac Williamson in the lineup.