SEOUL, Dec. 18 (Yonhap) -- South Korea's parliamentary speaker on Wednesday submitted a bill to compensate victims of Japan's wartime forced labor through contributions from firms and citizens from both nations.

National Assembly Speaker Moon Hee-sang spearheaded the writing of the bill to create a fund that would compensate 1,500 Korean victims of Tokyo's forced labor via voluntary contributions.

The bill, co-authored by 13 lawmakers, has the potential to resolve bilateral diplomatic tensions sparked by Japan's protest against the top South Korean court's 2018 rulings on the forced labor issue.

The original version of the bill called for the creation of a 300 billion-won (US$257 million) fund to provide comprehensive compensation for the wartime laborers and victims of Japan's wartime sexual enslavement, euphemistically called "comfort women." It would have used the 6 billion won left over from a now-dissolved Japan-funded foundation on Tokyo's sex slavery.

But Wednesday's draft did not contain provisions for supporting the sexual slavery victims due to objections from comfort women and civil activists. The future of the 6 billion won was not mentioned in the latest bill.

But critics said the proposal is tantamount to exempting the Japanese companies from their responsibilities. 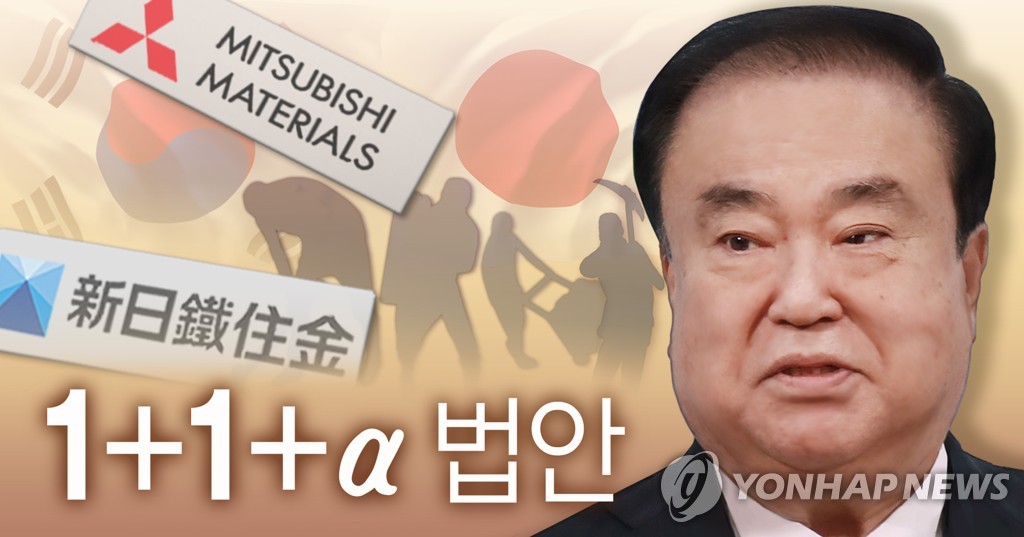