Kang met the king at the Saudi Royal Court in Riyadh as part of her three-day trip to the Middle Eastern nation this week, Seoul's foreign ministry said in a release.

During the meeting, Kang expressed satisfaction that the bilateral relations between the two sides have further deepened into a wider range of areas, especially following Saudi Crown Prince Mohammed bin Salman's state visit to South Korea in June. 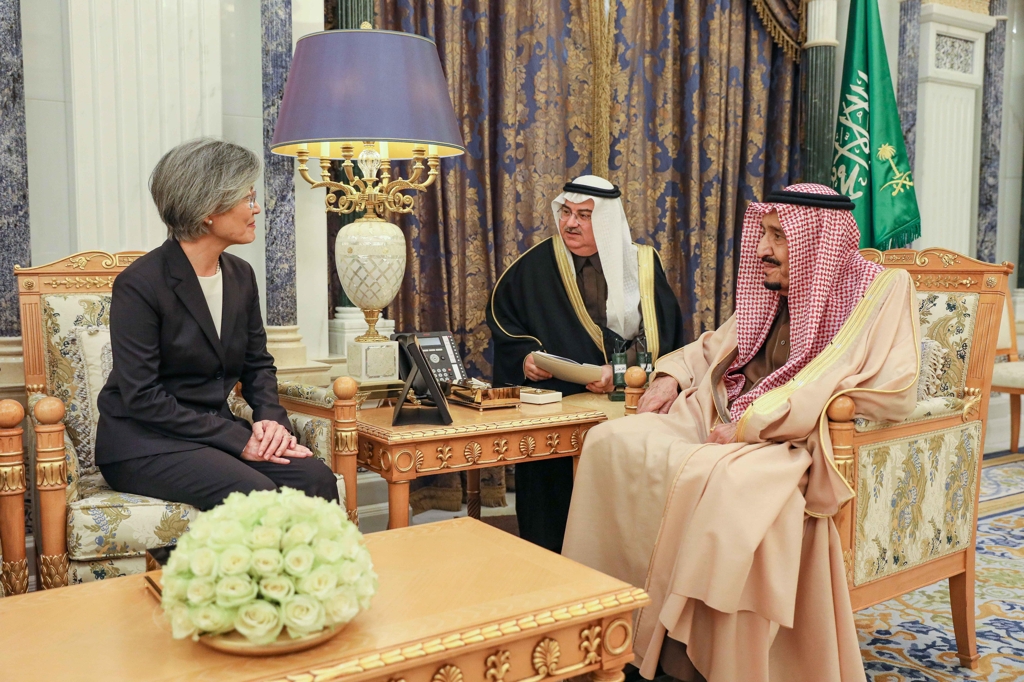 King Salman, in response, conveyed his hope that the two countries will continue joint efforts to strengthen the partnership in the future and called for South Korea's continued support and cooperation in advancing Saudi Arabia's key reform drive, known as Vision 2030.

Riyadh has been pushing the initiative aimed at reducing its dependence on oil and creating fresh growth engines in such fields as information and communications technology (ICT) and tourism.

The partners agreed that ties have been expanding to new areas including health, defense and ICT, from being focused on energy and infrastructure.

They also agreed to work together toward easing tensions and ensuring peace in the Middle East, noting how the region is vital to international security and world economy, according to the ministry.