DeHart and his South Korean counterpart, Jeong Eun-bo, held the latest round of two-day negotiations in Seoul this week but failed to narrow the gaps over how much Seoul should pay next year and beyond for the stationing of the 28,500-strong U.S. Forces Korea (USFK).

"I do want to say, very importantly, there have been some big figures that have been repeated many times in the Korean media, and those figures do not reflect where we are in our discussions with the ROK today," he said. ROK stands for South Korea's official name, the Republic of Korea.

"The figure will be different from our initial proposal. ... This ($5 billion) is not a number that we are currently focused on in the negotiations," he added. 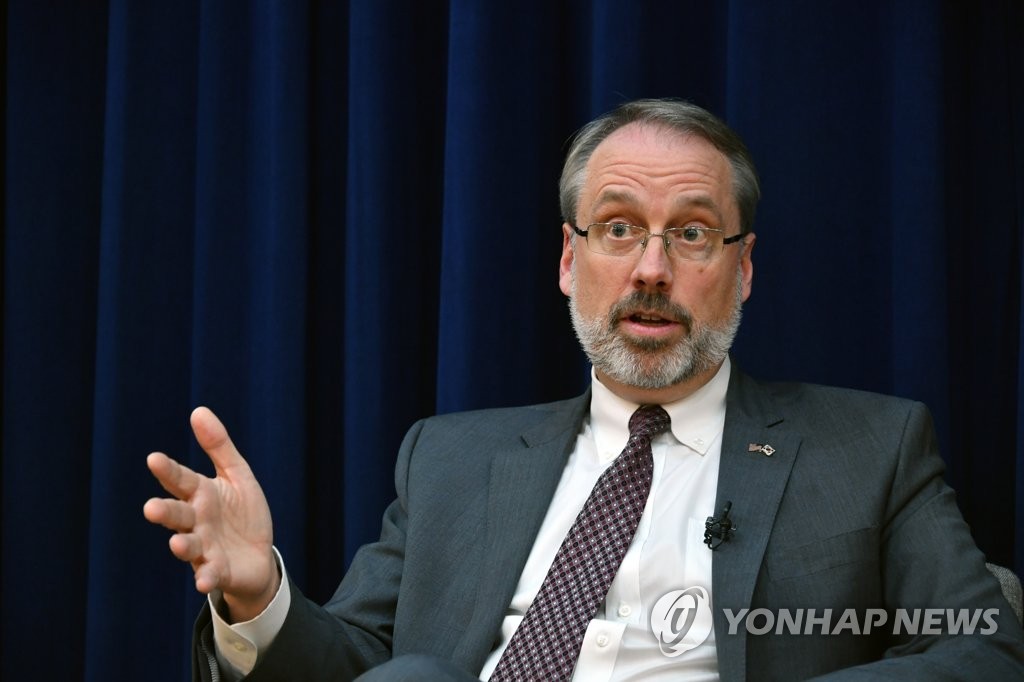 Under this year's SMA, Seoul agreed to pay about $870 million.

As for the duration of a new deal, DeHart said that his team is "not interested in extending for only one year."

"It should be longer. In the past, they've generally been up to five years, but again, this is subject to the discussions we are having," he said.

Critics argue that should South Korea pay for partial costs of the off-peninsula activities, it would go beyond the limits of the SMA. The current SMA is mandated to cover partial costs for South Korean employees in the USFK, construction of facilities and logistical support.

The U.S. official, however, noted the need for a change to expand the SMA coverage.

"As parties to the agreement, we can change the agreement if we agree to do it together. So the SMA agreement has been updated and changed through the years," he said.

"It was created as a special measure and if we agree together to change, it's perfectly fine to do so. It's not unprecedented to make changes if both parties can both agree," he added.

Addressing the concerns that the U.S. could take action on trade or reduce the American troop level here if South Korea refuses to jack up its share in the SMA, DeHart said he has not been instructed regarding such issues.

Asked about the U.S. demand for the creation of a new category in the SMA to enlarge its coverage, DeHart said that his team has proposed that the SMA framework be adjusted to capture the "full range of the costs."

"This is open to discussion, and again we are trying to reach an agreement," he said.

The official also highlighted a "larger set of costs" that are not captured in the current SMA -- remarks that offered a glimpse into what has been discussed in the negotiations.

DeHart does not have a single date as a negotiation deadline.

"We will be working very energetically in the New Year and January to try to get it done," he said.